SEOUL, May 21 (Yonhap) -- Sixty South Koreans who had been stranded in Africa returned home Thursday on a chartered plane used to transport the country's rotational peacekeeping troops to South Sudan earlier this week, officials said.

After completing the mission to airlift the 12th batch for the 300-strong Hanbit Unit to South Sudan, the Asiana Airline plane headed to Addis Ababa to pick up and bring home South Koreans who had been stranded across Africa amid the coronavirus pandemic.

The rotational troops had originally been scheduled for deployment in March, but their dispatch was delayed as South Sudan asked South Korea and other foreign countries not to send fresh troops over coronavirus concerns.

This week's dispatch was possible as South Sudan exempted the arriving South Korean troops from the country's entry restrictions. A second batch of rotational troops is scheduled to head to the African nation on June 1. 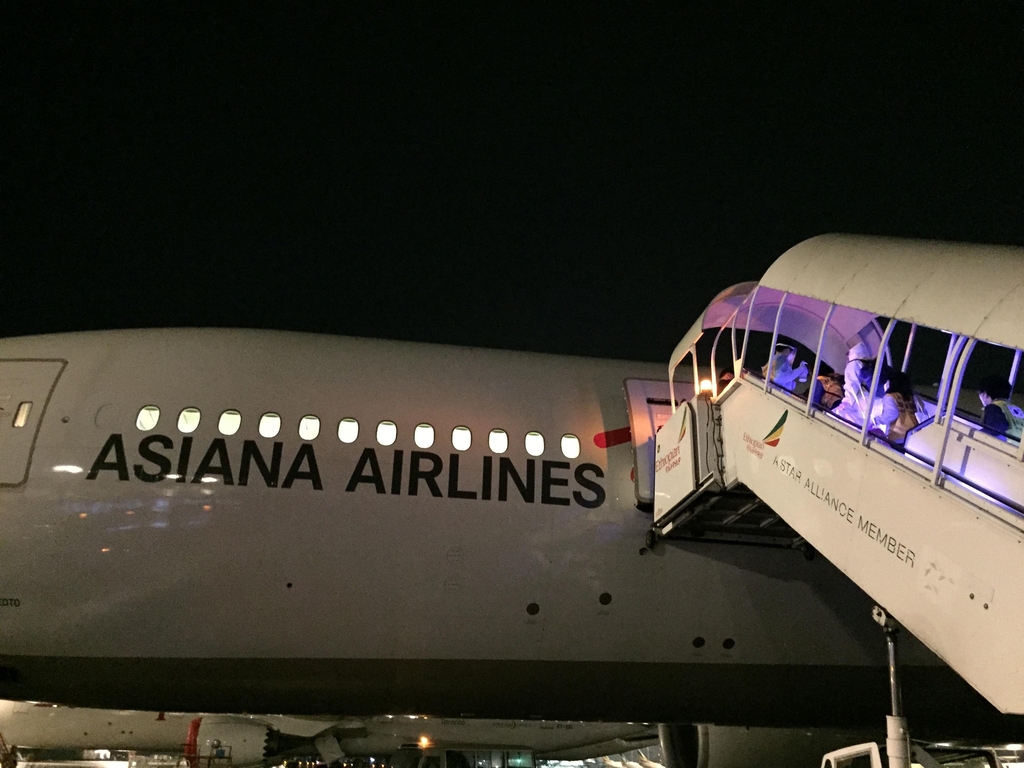