SEOUL, May 22 (Yonhap) -- Getting geared up for a potential second wave of COVID-19 infections, South Korea seems to be leaning toward embracing telemedicine despite unrelenting protests from a physicians' lobby group and civic activists.

President Moon Jae-in's aides at Cheong Wa Dae are busy making a case for why such a system is necessary, citing the new coronavirus experience. Telemedicine is expected to be included in the Korean version of the New Deal, Moon's newly found signature project amid the virus crisis.

Formally, they use an alternative jargon, "non face-to-face" or "untact" services, as critics view telemedicine as a prelude to full-fledged for-profit businesses by hospitals here.

"The (envisioned) untact medical service is intended to prepare for a second pandemic, which experts fear, and protect the health of medical workers and patients' access to medicine," a Cheong Wa Dae official told reporters on background. "The government will make thorough preparations."

Introducing telemedicine service has long been a contentious and ideologically sensitive issue in South Korea, where the common good is the mantra of its medical system. Rigorous regulations are in place. 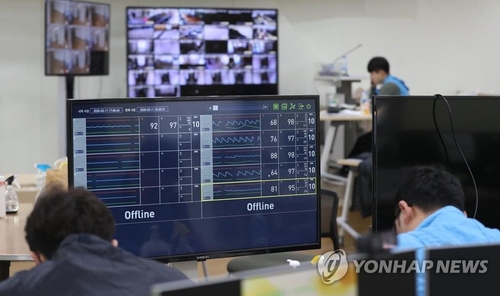 Under the Medical Service Act, all public and private hospitals are categorized as not-for-profit and required to reinvest earnings back into their operation, not for shareholders or other investors. Establishing for-profit subsidiaries are outlawed.

A decade ago, the "business-friendly" Lee Myung-bak administration sought a revision of the law to introduce telemedicine. The move drew ferocious opposition not only from Moon's left-leaning Democratic Party (DP) but also from physicians and civic groups.

In 2016, the successive conservative administration of Park Geun-hye also attempted it to no avail.

Opponents of telemedicine have voiced worries about misdiagnoses, personal disease record leaks, and obstacles to early and timely treatment.

They argued that large hospitals, including college-affiliated ones, would be a main beneficiary with community-based clinics at stake.

Moon was against it himself, serving as leader of the DP when it was the main opposition party.

The coronavirus pandemic has clearly turned the tide. 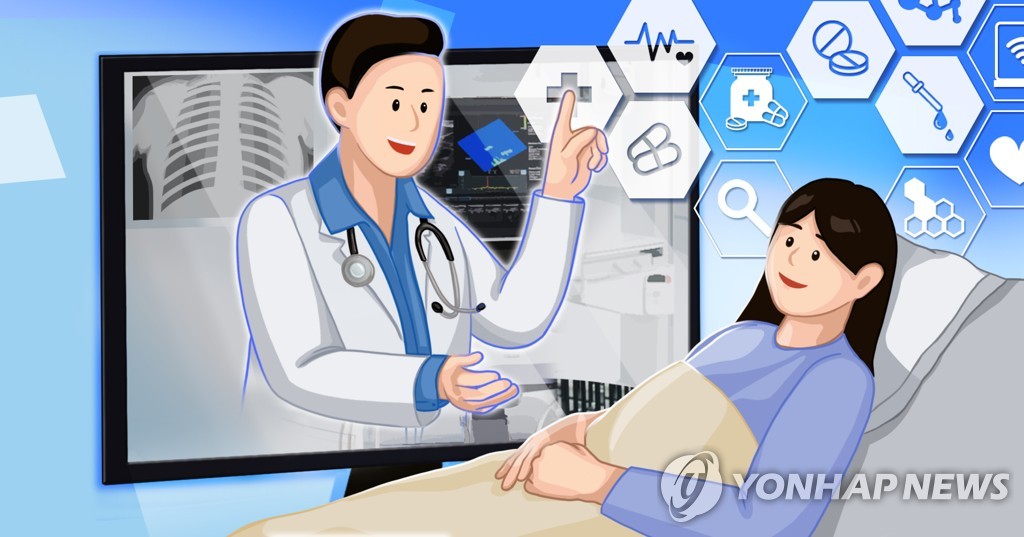 In response to soaring infections in late February, the government temporarily waived a ban on remote services by medical centers nationwide.

The results compiled so far are positive. More than 260,000 phone consultations and prescriptions were made at a total of 3,853 institutions between Feb. 24 and May 10, according to official data. Among them were lots of small clinics. There has been no report of negative impact on the medical care system.

"We have gained valuable experience from the provisional measure," another presidential official said on the customary condition of anonymity. "It's important to systemize that with the advent of a new normal led by COVID-19."

An information, communication and technology power seeking to spread the so-called K-bio wave worldwide, South Korea is already lagging behind as far as introducing telemedicine service is concerned. The United States launched the American Telemedicine Association in 1993. Japan and China lifted restrictions on telemedicine in 2015 and 2016. respectively. 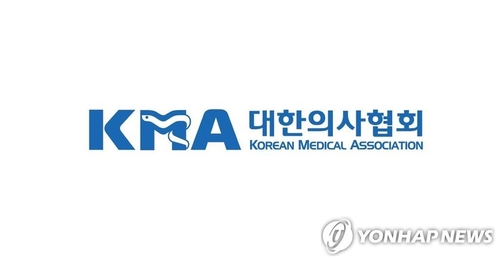 "Now that it's a matter of rattling the nation's medical system, we have no other choice but to stage an extreme struggle if the government pushes ahead with it," its hard-liner chief, Choi Dae-zip, warned.

Some civic groups question the necessity and usefulness of telemedicine for South Korea.

"It's more urgent to expand the number of public sickbeds and public health service workers," People's Solidarity for Participatory Democracy said in a statement.

Telemedicine would bring more favors and profits only to big-name hospitals and major telecommunication firms, it added.

What's being planned is a fresh concept different from that of conventional "telemedicine" sought by the former governments before the coronavirus pandemic, they say.

Rather than industrial aspects, they stressed, the terminology "untact" focuses more on promoting the safety and convenience of patients and medical workers for public good, which is believed to be the key reason for them to make a pitch for the alternative terminology.