The government plans to push ahead with another round of school reopening scheduled for Wednesday, Vice Education Minister Park Baeg-beom reaffirmed in a press briefing at the government complex in Sejong.

Under the plan, students in Grade 2 of high schools, Grade 3 of middle schools, Grades 1 and 2 of elementary schools and kindergartens are set to return to class next week, following high school seniors, who returned to school on Wednesday. 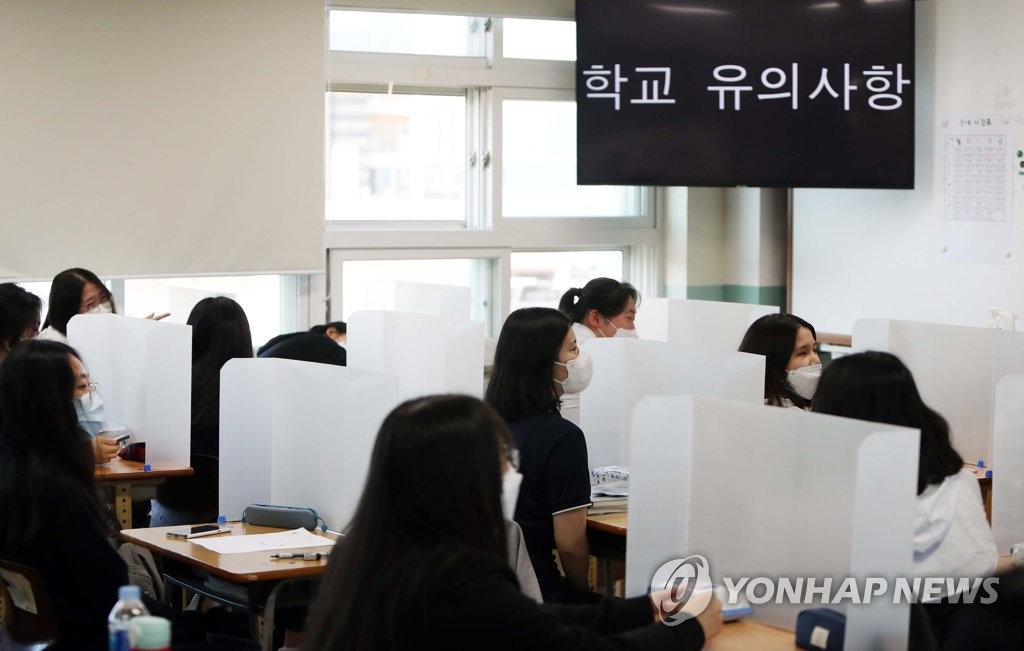 Park's remarks come after partial closures at some high schools raised fears that it may not yet be safe for younger students to return to school, while cluster infections traced to nightspots are being reported across the country.

On Wednesday, 66 schools in Incheon, just west of Seoul, ordered students to return home earlier than scheduled after two seniors in the area tested positive following a visit to a karaoke facility.

In Anseong, south of Seoul, education authorities suspended the reopening of nine high schools in a precautionary measure, as a probe to identify a local patient's itinerary was under way. 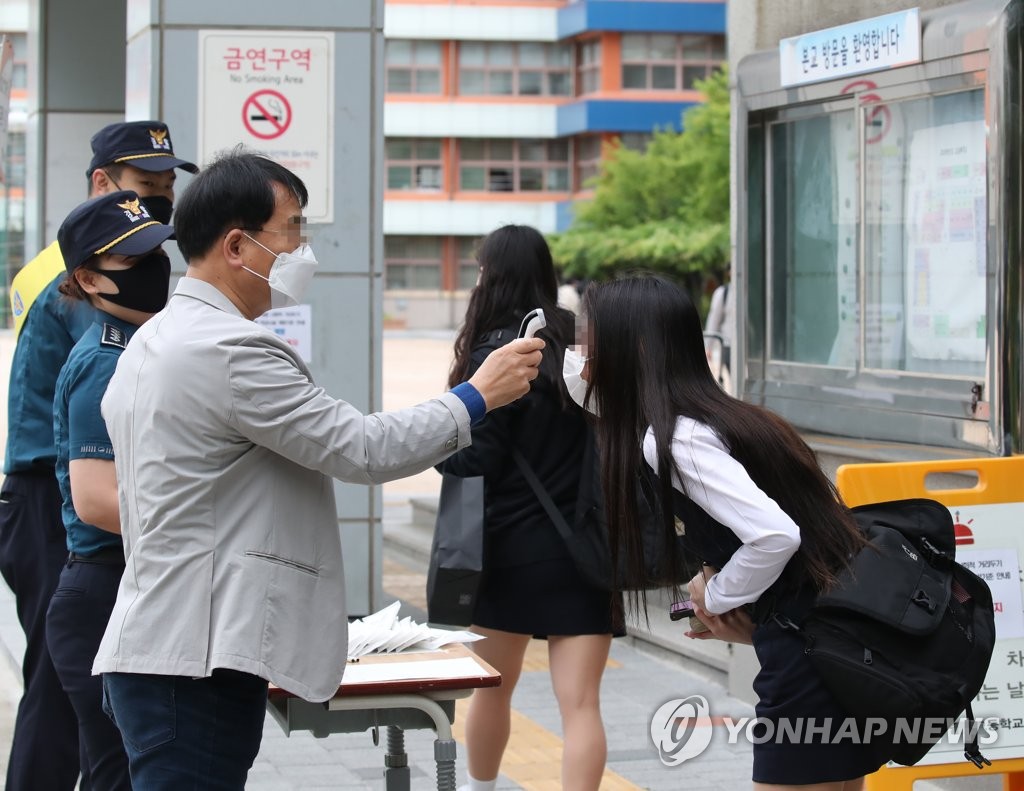 In a briefing on the results of Wednesday's first round of school reopening, Park said that 95.2 percent of the country's 442,141 seniors had attended school. Some 2,277 of 2,363 schools across the country were open as of Wednesday at 4 p.m.

Of the 21,191 students who didn't go to school, 115 were placed under self-isolation by health authorities, 2,099 were advised not to attend following self-monitoring results and 737 could not enter school premises after showing symptoms. There were also 1,198 students who chose to study at home.

The vice minister said that of the 1,257 students who were checked for the virus, one student in the southeastern city of Daegu tested positive. 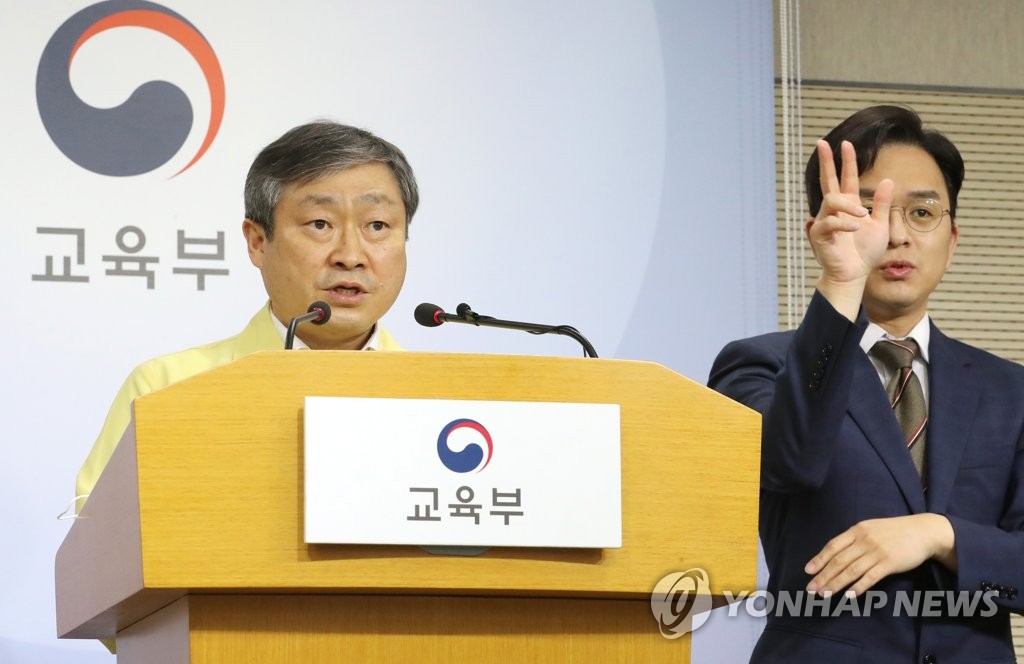 The country's new school year, which usually starts in March, had been postponed by 79 days after schools across the country were closed to prevent infections among students.

The government announced the reopening of schools as new daily infections were slowing. Students, who have been taking online classes since April, are set to resume in-person classes by June 8 in phases.