WASHINGTON, May 21 (Yonhap) -- The United States is building partnerships with South Korea and other allies to counter the damaging effects of China's rising influence in the world, according to a new U.S. government report.

The 16-page "United States Strategic Approach to the People's Republic of China" was submitted to Congress this week by President Donald Trump, a requirement under the National Defense Authorization Act for Fiscal Year 2019, the White House said Thursday.

The report outlines the Trump administration's efforts to protect U.S. national interests in the face of economic and security challenges posed by China, as well as its challenges to U.S. values.

It comes as U.S.-China rivalry has intensified over accountability for the global coronavirus pandemic. 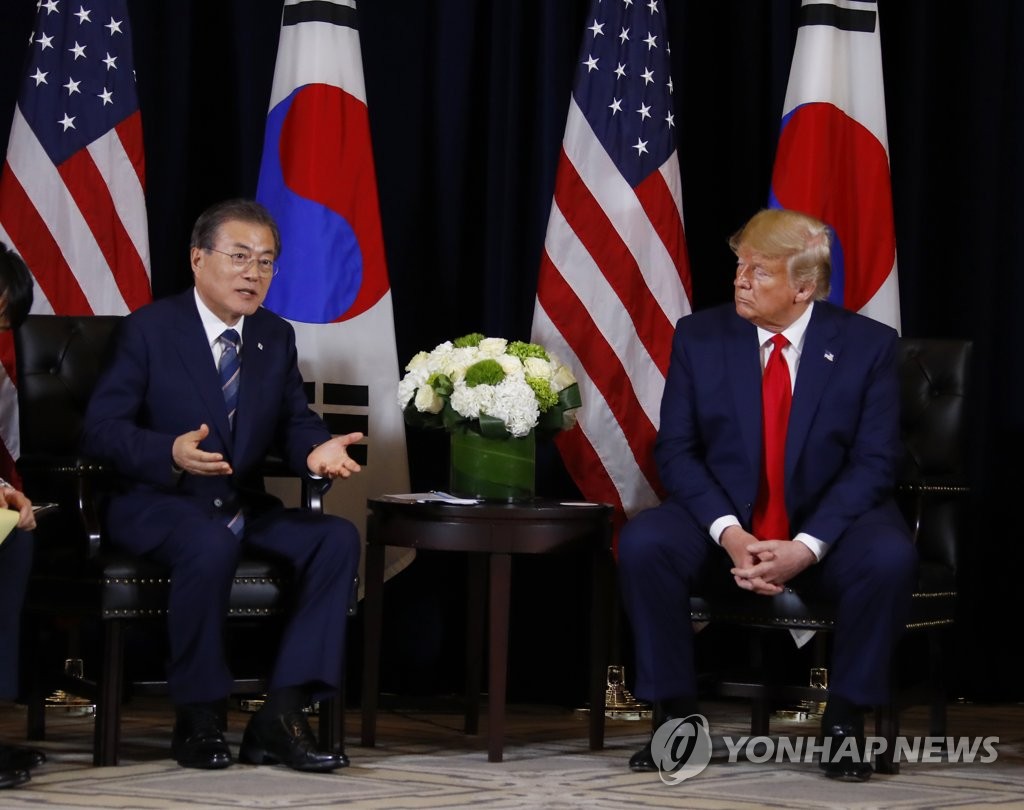 "Our competitive approach to the PRC has two objectives," the report says, referring to China's official name, the People's Republic of China. "(F)irst, to improve the resiliency of our institutions, alliances, and partnerships to prevail against the challenges the PRC presents; and second, to compel Beijing to cease or reduce actions harmful to the United States' vital, national interests and those of our allies and partners."

To support the "shared principles of a free and open order," the U.S. is building "cooperative partnerships" and "developing positive alternatives" with allies, partners and international organizations, according to the report.

"The United States is working in concert with mutually aligned visions and approaches such as the Association of Southeast Asian Nation's Outlook on the Indo-Pacific, Japan's free and open Indo-Pacific vision, India's Security and Growth for All in the Region policy, Australia's Indo-Pacific concept, the Republic of Korea's New Southern Policy, and Taiwan's New Southbound Policy," it says.

President Moon Jae-in's New Southern Policy focuses on deepening ties with Southeast Asian nations, but Seoul and Washington have sought to identify and build on areas where it overlaps with the U.S.' Indo-Pacific Strategy.

The report also accuses Beijing of using its economic clout to extract political concessions from other countries.

"Beijing has restricted trade and tourism with Australia, Canada, South Korea, Japan, Norway, the Philippines, and others, and has detained Canadian citizens, in an effort to interfere in these countries' internal political and judicial processes," it says, apparently referring to China's economic retaliation for South Korea's hosting of a U.S. missile defense system.