SEOUL, May 23 (Yonhap) -- South Korean stocks are expected to remain in a tight range next week as growing concerns over a renewed U.S.-China dispute put on downward pressure, while hopes of a vaccine for the novel coronavirus will likely support their advance, analysts said Saturday. 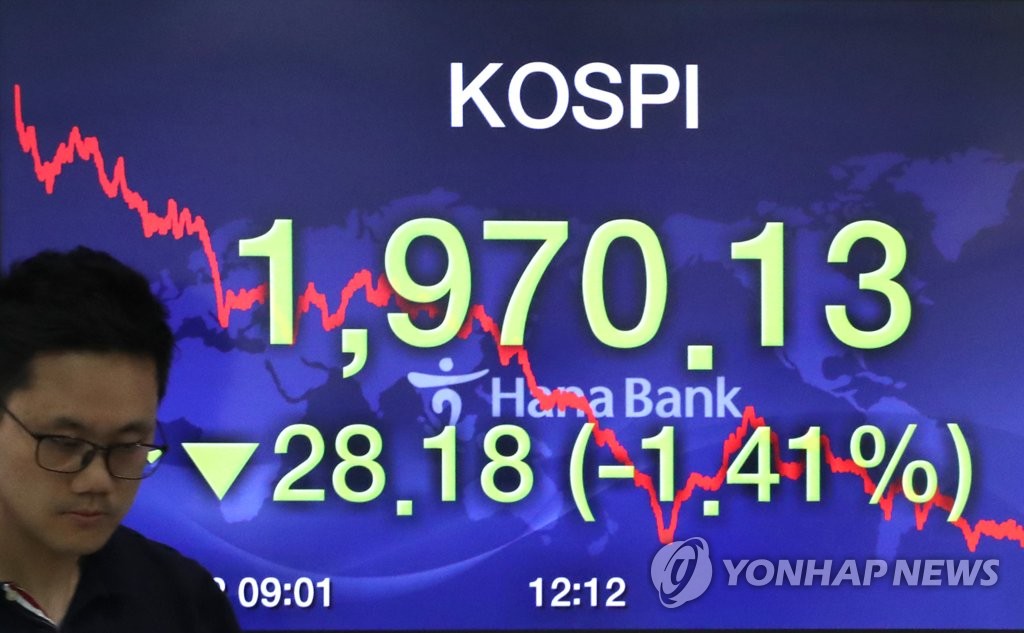 "Clinical tests of COVID-19 vaccines will likely limit the downward movement of stocks even in the case of increased volatility in the future by promoting hopes for an early termination of the pandemic," NH Investment & Securities analyst Noh Dong-kil said.

The pledges by Washington and the U.S. Federal Reserve to take additional steps to support the economy will also continue to have a positive impact on global investors, Noh added.

The growing discord between the United States and China over the pandemic, however, may spook investor sentiment here, said Park Seok-hyun, an analyst at KTB Investment & Securities, noting the U.S.-China dispute may further escalate down the road.

"China has steadily pursued policies aimed at narrowing its (economic) gap with the U.S. and appears to have sought to turn the COVID-19 pandemic into such an opportunity since its shock has been relatively smaller," Park said.

"Hence the U.S. appears to be seeking to isolate China by not limiting its dispute with China to trade issues and expanding it to various other areas," Park added.

In his latest attack, U.S. President Donald Trump insisted it was the "incompetence of China" that led to the deaths of hundreds of thousands globally.

South Korea's exports dipped for 14 consecutive months between December 2018 and January 2020 amid the prolonged trade conflict between the world's two largest economies.