SEOUL, May 22 (Yonhap) -- South Korean volleyball superstar Kim Yeon-koung has left her Turkish club after two seasons, with her second tour of duty in China potentially up next.

The Turkish team Eczacibasi VitrA announced on its website on Friday that Kim and the club have "parted ways by mutual agreement." 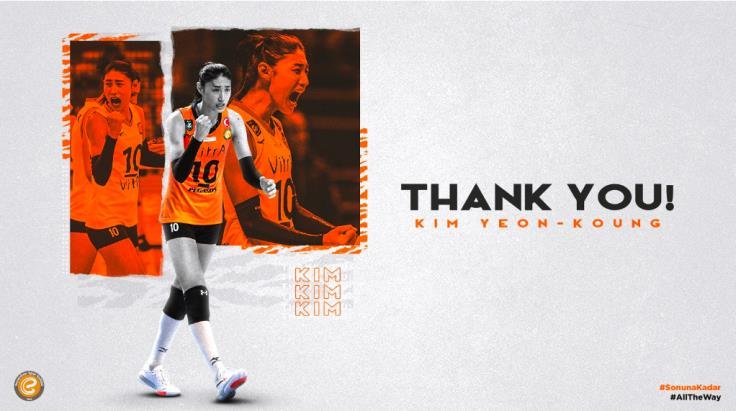 Kim, who captained Eczacibasi during the 2019-2020 season, helped the team to two Turkish Super Cup titles, a silver and a bronze medal at the past two FIVB Club World Championships.

Kim signed with Eczacibasi in 2018 and the two-year deal expired this month.

The 32-year-old has been rumored to be on her way back to China. She spent one season in the Chinese Volleyball Super League with Shanghai Bright Ubest in the 2017-2018 season. A Brazilian report claimed last month that another Chinese club, Beijing BAIC Motor, had offered Kim a contract.

The talented outside hitter has won numerous championships and individual awards in a 15-year career with stops in South Korea, Japan, China and Turkey. She was named the MVP of the women's volleyball tournament at the 2012 London Olympics, where South Korea finished in fourth place.