In a one-off aid program, the government began offering the relief funds totaling 14.3 trillion won (US$11.6 billion) to all households last week to help them cope with the economic fallout of the COVID-19 outbreak.

Mom-and-pop shops still are suffering from business setbacks due to the pandemic, but their revenues showed signs of recovery as more people have begun to use the money, data showed. 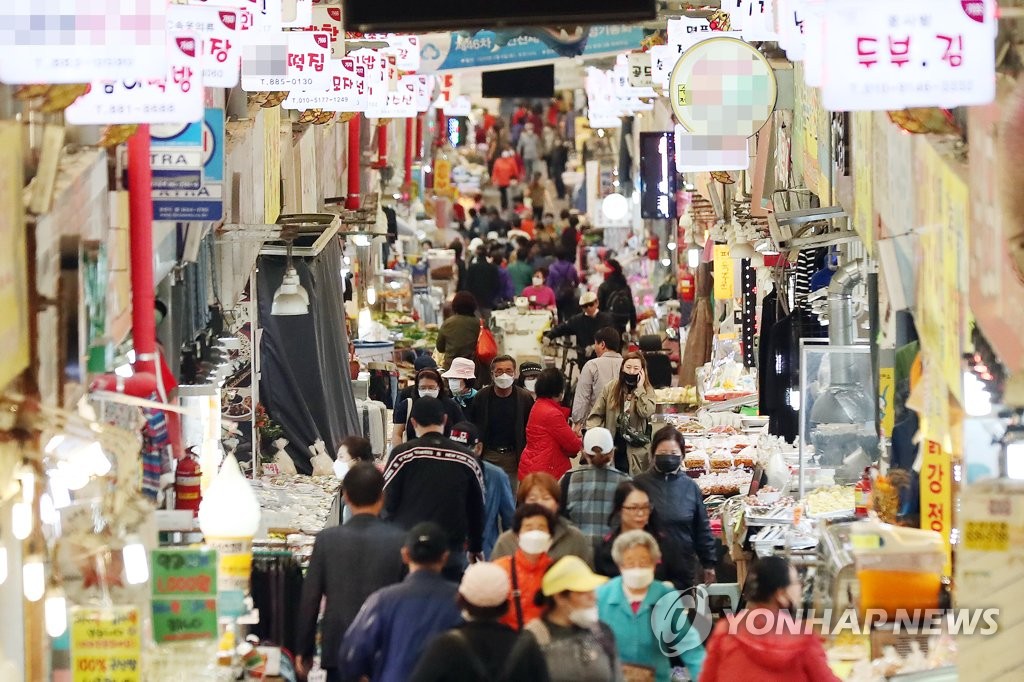 An index gauging the average sales of small merchants reached 100 in the second week of May, the same as in the previous year, according to the Korea Credit Data (KCD), a provider of sales management platform to small firms.

The data was tallied based on consumers' card spending. People can use the emergency funds through either credit and debit cards or certificates by end-August.

Small merchants' sales almost recovered to last year's level for the first time since the government raised its alert against COVID-19 to the highest level in late February, according to the data.

"The emergency relief funds appear to affect consumption. This week, the impact is likely to be larger," KCD chief Kim Dong-ho said.

An average of their revenues last week surpassed those tallied the previous year in areas such as Gyeonggi Province that surrounds Seoul and South Gyeongsang Province.

The southeastern city of Daegu, once the epicenter of the virus outbreak here, and Seoul, meanwhile, saw small merchants' sales almost recover to last year's level, the data showed. 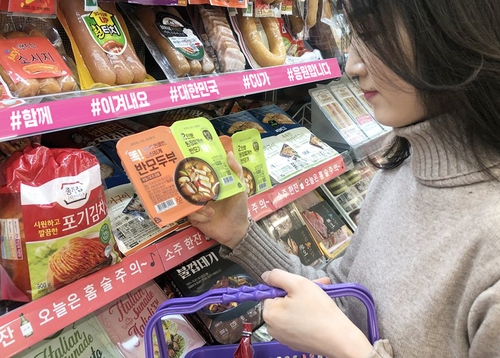 According to data compiled by three major convenient stores, demand for daily necessities and goods that are relatively expensive at such outlets increased after the government handed out the relief funds.

Sales of fruit, vegetables and foodstuff rose an average of 15 percent over last weekend from a week earlier, according to the convenience store chain CU. Sales of wine logged the fastest growth of 23.3 percent among liquors.

"Smaller merchants and the self-employed are expected to see an improvement in business on the back of slowed virus spread and the emergency payout," the Ministry of SMEs and Startups said in a statement.