SEOUL, May 22 (Yonhap) -- All draftees who joined the military this week tested negative for the coronavirus, and no fresh cases have been reported among the military population so far this week, the defense ministry said Friday.

On Monday, the authorities began testing all new enlistees for the COVID-19 virus in a move to stem the spread of the virus into the barracks in the wake of cluster infections related to entertainment facilities frequently used by young people.

"This week, a total of 4,634 people joined the military, and they all tested negative for the virus," a ministry official said, adding the virus testing of all newcomers will continue to be conducted over the next seven weeks.

All able-bodied South Korean men must serve about two years in the armed forces, and they are supposed to attend boot camp on Mondays, Tuesdays and Thursdays.

The military last reported a patient among its personnel on May 15, as an officer of the Cyber Operations Command in Seoul tested positive after having contact with an Army staff sergeant who contracted the virus after visiting clubs and bars in Seoul's multicultural district of Itaewon.

So far, the number of coronavirus infections at barracks stands at 51, and 12 of them are related to the Itaewon club case, according to the defense ministry.

On Friday, South Korea reported 20 more cases of the virus, bringing the nation's total infections to 11,142. 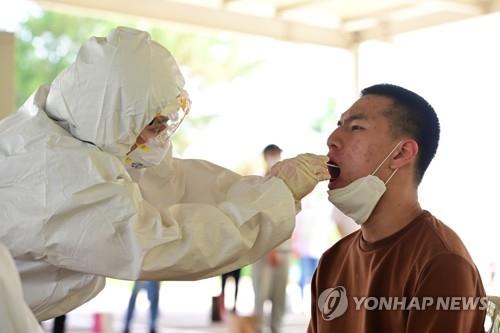 All new enlistees this week test negative for coronavirus

All new enlistees this week test negative for coronavirus