SEOUL, May 22 (Yonhap) -- Prosecutors raided facilities of Shincheonji, a minor religious sect, on Friday as part of their ongoing probe into allegations that the group hindered state efforts to contain the new coronavirus in the early stages of the pandemic.

Some 100 investigators took part in the raids into the secretive group's branches nationwide, to seize materials in connection with the charges brought against the group's founder, Lee Man-hee. The branches include the group's headquarters in Gwacheon, just south of Seoul, and facilities in the cities of Busan, Gwangju and Daejeon.

The raid marks the prosecution's first forcible investigation into the group since February when a group of people who claimed to be victims of the religious group filed a complaint against the 89-year-old Lee for embezzlement, dereliction of duty and violation of infectious disease prevention laws. 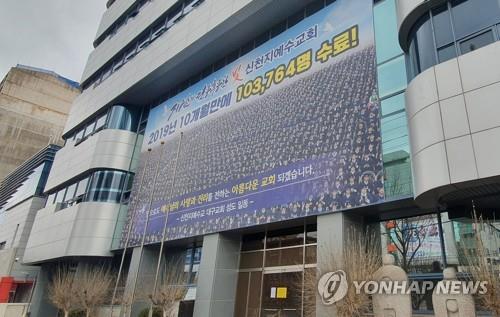 The prosecution was seen as taking a cautious approach in investigating in the face of mounting public pressure.

It was believed that too tough an investigation might drive the sect's members to hide out, impeding the government's fight against the coronavirus.

As new infection cases have dwindled to a trickle, it is now considered to be safer than at the early stages of the pandemic to make a push to finish up the investigation.

The Shincheonji sect is accused of causing the country's biggest cluster outbreaks, accounting for some 47 percent of the country's total caseload of 11,142.

Its worship services, where members sit close together and chant loud in poorly ventilated spaces, are believed to have been a factor in the rapid spread the virus.

Also, Lee is accused of ordering group members not to fully cooperate with health officials, thus hindering state efforts to contain COVID-19 in the early stages of the pandemic.

On March 2, two days after the prosecutors launched an investigation into the leader, he appeared in front of live television cameras to make a deep bow and apologize for "unintentionally" spreading the virus.

The Seoul Metropolitan Government said the previous day that it had filed a suit against Lee and other Shincheonji leaders on charges of homicide and inflicting injury.

Earlier, the municipal government of Daegu also took legal action against the sect for hindering the government-led disease-control efforts by providing false information. 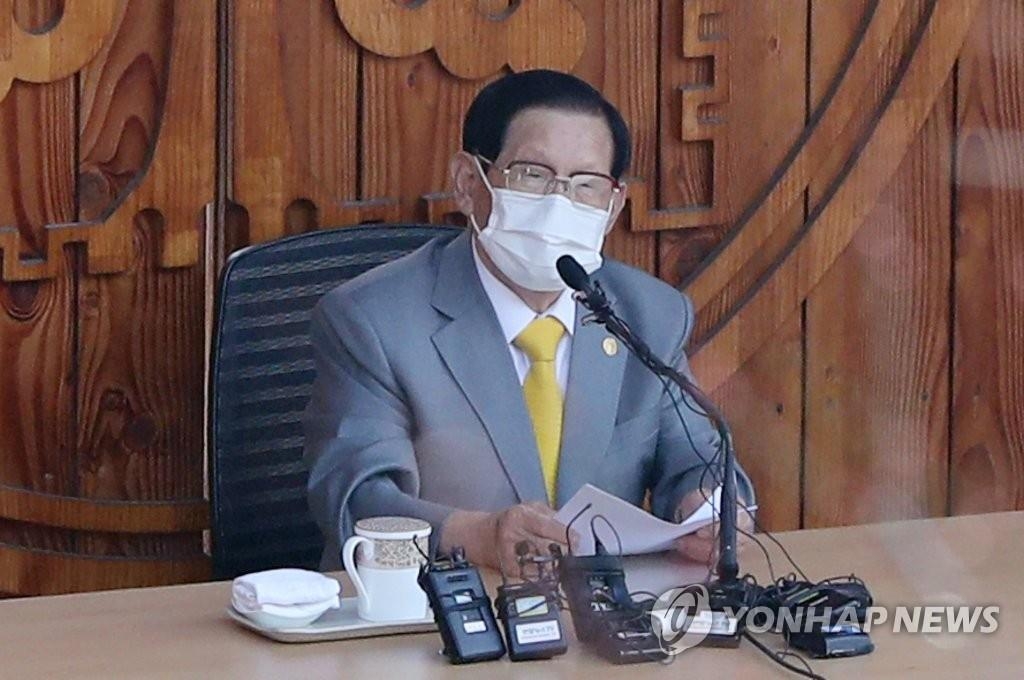