(ATTN: UPDATES with visit to China by SK Innovation and Kia Motors workers in last para)

SEOUL, May 22 (Yonhap) -- Samsung Electronics Co., the world's largest memory chipmaker, said Friday that it has sent 300 more South Korean engineers and workers to China to complete the expansion of its second chip manufacturing facility there amid the novel coronavirus pandemic.

Samsung said engineers and workers, including some from its subcontractors, left for the Chinese city of Xian on a chartered flight earlier in the day.

The move came a month after Samsung dispatched 200 engineers to the Xian plant in Shaanxi Province. 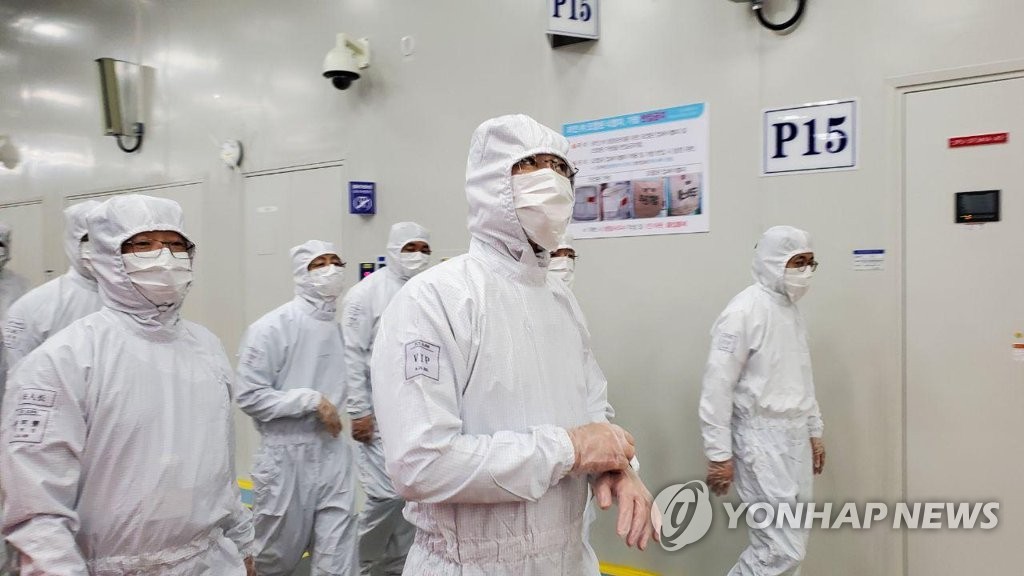 Samsung said the workers will be exempted from 14-day mandatory isolation under the "fast-track" entry system approved by South Korea and China, but they still need to be quarantined for three days even after they all test negative for the virus.

The Xian plant is Samsung's only foreign memory chip factory that makes 3D NAND flash products. The South Korean tech giant last year revealed it will invest an additional US$8 billion in the plant for expansion.

Also Friday, SK Innovation Co. and Kia Motors Corp. sent a combined total of 220 workers to their manufacturing facilities in Yancheng, in the northeastern Jiangsu province, through the fast-track entry system.