Kang made the remarks during the first session of the government's panel tasked with preparing for Seoul's hosting of the U.N. Peacekeeping Ministerial Conference slated to take place in April next year.

"Based on our strength as a technology powerhouse and our status as a medical powerhouse, which was highlighted during the COVID-19 pandemic, we would like to contribute to reinforcing the medical capabilities of peacekeeping operation units that are performing their challenging duties under various difficult conditions," Kang said.

"Such substantial contributions will help firm up support from U.N. members for our efforts to enter the U.N. Security Council as a non-permanent member and help strengthen the foundation for our citizens and companies to advance into international organizations," she added. 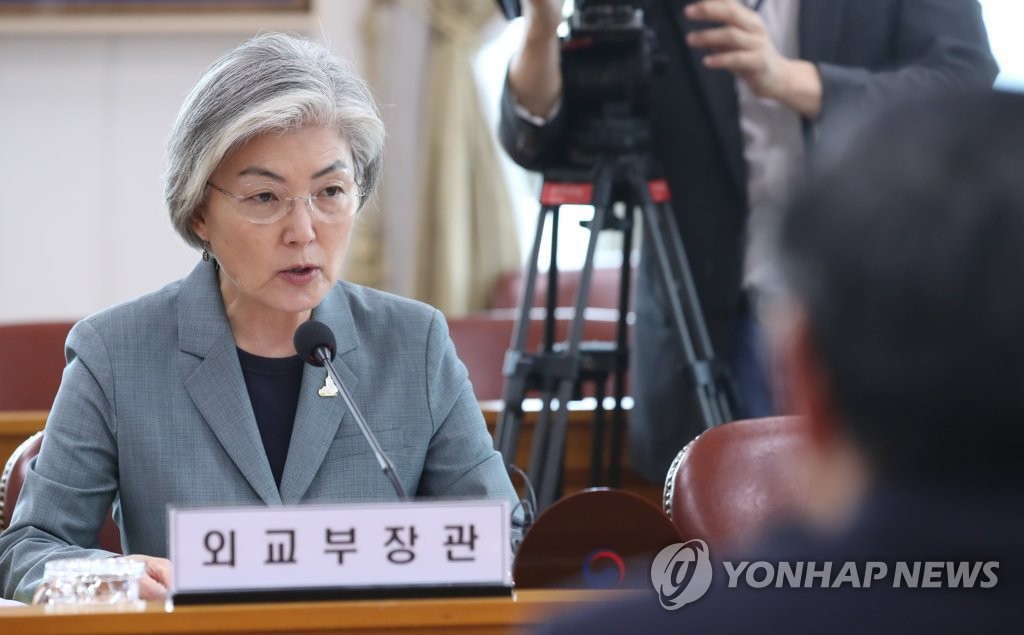 For the peacekeeping conference, South Korea plans to invite some 1,300 people from about 150 countries to discuss ways to strengthen technological and medical capabilities to enhance U.N. peace operations.

The U.S. peacekeeping ministerial gathering was previously held in Britain in September 2016, Canada in November 2017 and New York in March last year.

Kang and Defense Minister Jeong Kyeong-doo co-chair the preparatory panel that consists of senior officials from eight relevant government ministries and agencies, including the Ministry of Science and ICT and National Police Agency.