SEOUL, May 22 (Yonhap) -- The LG Twins got a glimpse into their future when four young pitchers, with an average age of 20, combined for a 2-0 win over the Samsung Lions on Thursday.

Scratch that: The future is already here.

Rookie right-hander Lee Min-ho, an 18-year-old who looks the part, got his first Korea Baseball Organization (KBO) win in his first start. He tossed 5 1/3 innings of one-hit ball, adding those frames to four scoreless innings he'd pitched in two relief appearances earlier in the season.

Then a pair of 20-year-olds came out of the bullpen in relief, with left-hander Kim Yun-sik retiring the only batter he faced in the sixth and right-hander Jung Woo-young pitching the next 2 1/3 innings and giving up just one hit. 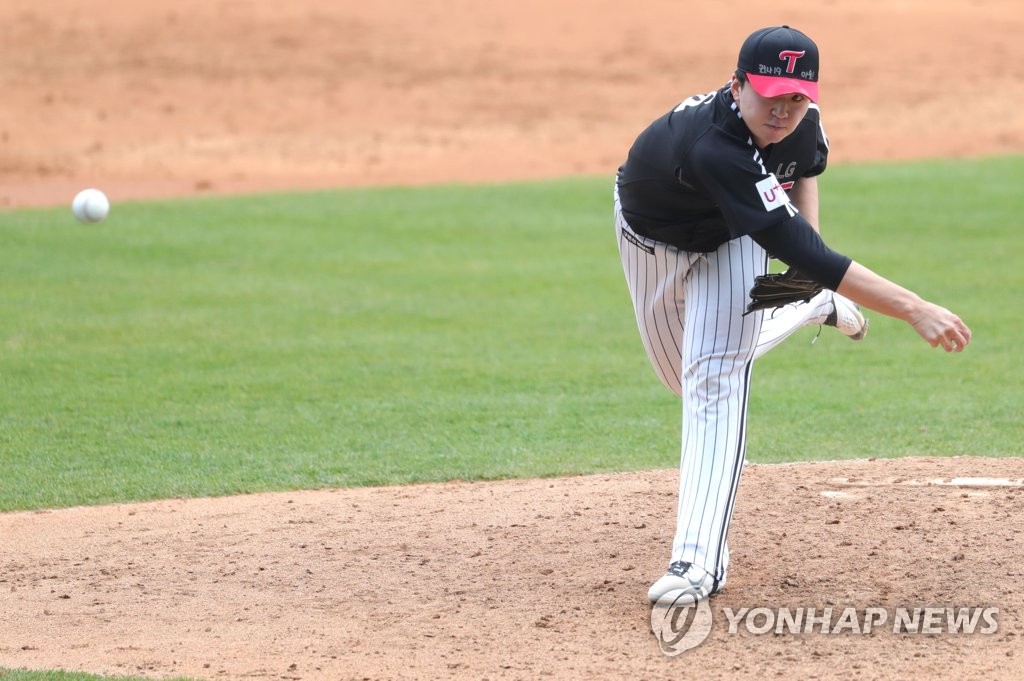 The Twins took a 2-0 lead into the ninth to set up a save opportunity for Lee Sang-kyu, the oldest of this bunch at all of 23. He pitched around a leadoff walk by getting a double play ball and a groundout for his first career save.

According to Sports 2i, the official statistics provider for the KBO, Thursday's game marked the first time in Twins' franchise history that the team used three pitchers aged 20 or younger from the start of a game.

Lee Min-ho, drafted out of high school last year, turned heads with a strong spring training. The teenager who once struck out nine consecutive batters to start a high school game touched 151 kph with his fastball Thursday. His average fastball velocity was measured at a season-high 148.1 kph.

And he had more than just his heater.

As a reliever in the two previous games, Lee threw his four-seam fastball more than 60 percent of the time, according to the statistics website Statiz. But on Thursday, Lee's fastball usage dropped to 40.7 percent, while his slider usage reached a season-high 39.5 percent. He didn't throw any curveball in his season debut on May 6 but threw it 10.5 percent of the time Thursday. 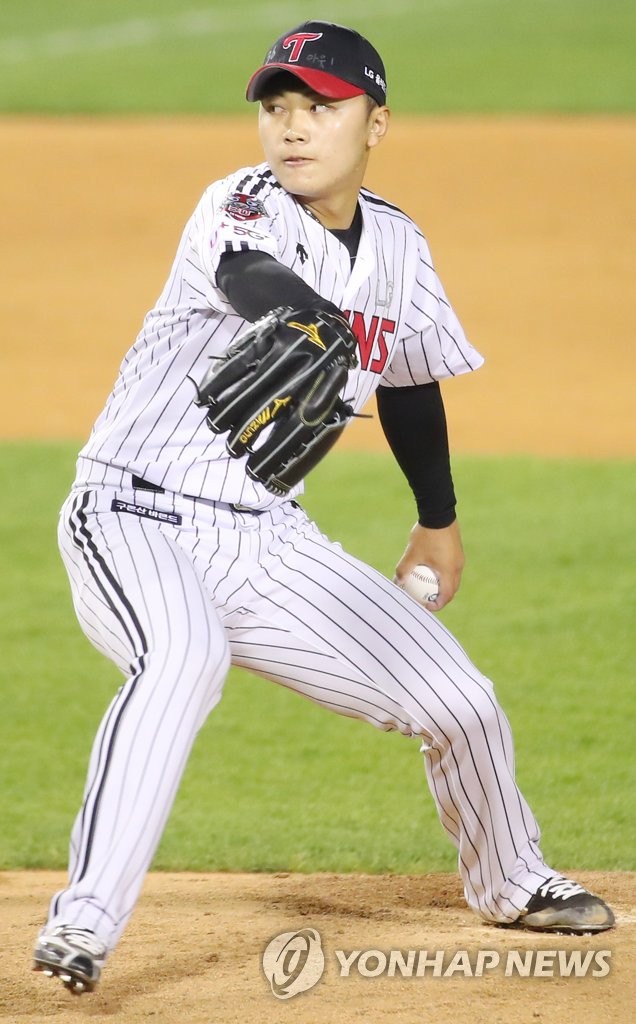 Kim, also a rookie out of high school, has already appeared in five games. Manager Ryu Joong-il said during the exhibition season that the left-hander had been the most impressive freshman during spring training, and that he could certainly use the talented southpaw in the bullpen.

With the Twins nursing a 2-0 lead in the bottom sixth, Kim was summoned to retire the most dangerous left-handed bat in the Lions' lineup, Koo Ja-wook. Kim fell behind 3-1 in the count before getting him to fly out to right field.

Jung, the 2019 KBO Rookie of the Year, took over from there. The lanky sidearm pitcher needed 26 pitches to get seven outs, the only blemish being a two-out single by Kim Sang-su in the eighth.

With All-Star closer Go Woo-suk out up to three months following knee surgery, manager Ryu plans on alternating between Jung and Lee Sang-kyu as his ninth-inning man. Scores and situations will dictate that, and Lee converted his opportunity Thursday.

By throwing a scoreless ninth, the hard-throwing right-hander, who models himself after Los Angeles Dodgers' All-Star Walker Buehler, lowered his ERA to 1.93 over 9 1/3 innings. 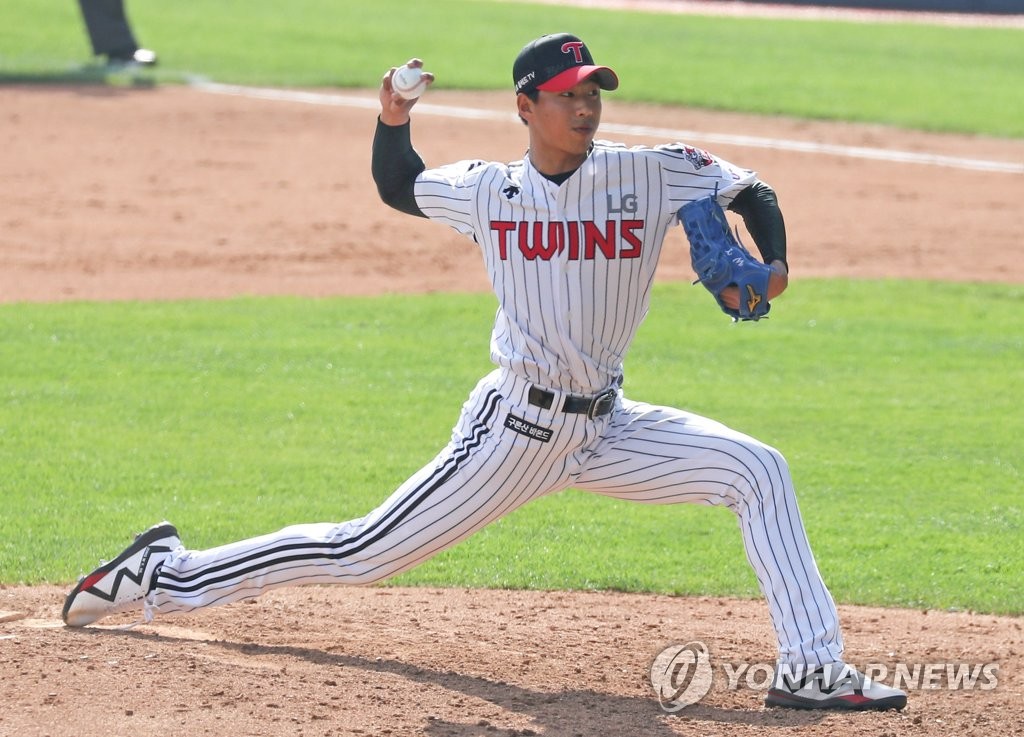 Since the preseason late last month, Ryu has repeatedly said he won't be afraid of throwing his young pitchers into the fire this year and that he'd give them every opportunity to earn their spot on the staff.

Having a wealth of young and lively arms could come in handy for the Twins during what's expected to be a grueling stretch in the summer and beyond.

The regular season began about a month and a half later than scheduled due to the coronavirus pandemic, and the league is aiming to play the usual 144 games despite a compressed calendar. Doubleheaders and games on Mondays, normally an off day for KBO clubs, will be the new norm in 2020.

The Twins' two American aces, Tyler Wilson and Casey Kelly, had to be quarantined for 14 days in late March after they returned from their U.S. homes to rejoin the KBO club. They weren't fully stretched out to start the regular season, which opened the doors for a young pitcher like Lee Min-ho to get a starting gig. 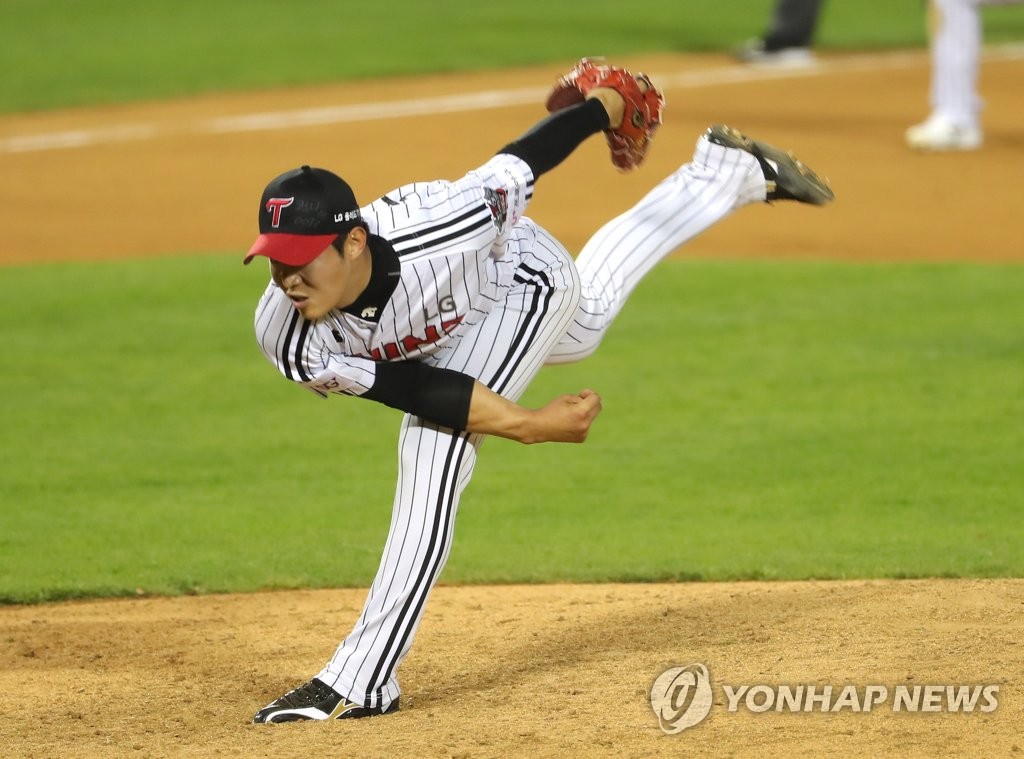