The event's organizing committee announced that comedian Lee Hwi-jae and fashion model Han Hye-jin will emcee this year's event, known as the Grand Bell Awards in English, to be held on June 3 at Grand Walker Hill Seoul, in eastern Seoul, without spectators.

The Oscar-winning black comedy "Parasite" earned the most nominations, with 11, followed by "Extreme Job," "House of Hummingbird" and "Svaha: The Sixth Finger" with eight nods.

The annual awards ceremony was originally set for Feb. 25 at the Peace Hall of Kyunghee University in Seoul, but was postponed in early February due to COVID-19 fears. 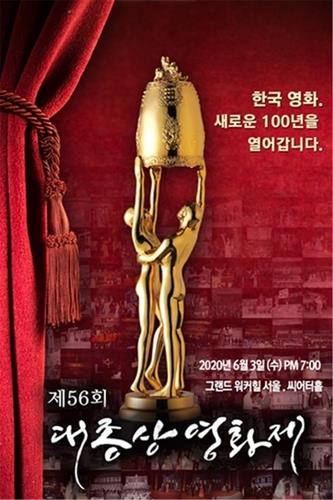