The average temperature in the June-August period was forecast to be 0.5 to 1 degree higher than last year's average of 24.1 C, with the temperature peaking between late July and mid-August, according to the Korea Meteorological Administration (KMA).

Temperatures are expected to stay high overnight, with days when night temperatures remain above 25 C forecast at 12 to 17 days, compared with 10.5 days last year. This is also fewer than 17.7 days in 2018.

Lee Hyun-soo, an official at the state weather agency, said the country may see a heat wave even in mid-August, but added that the intensity will likely be weaker than 2018. 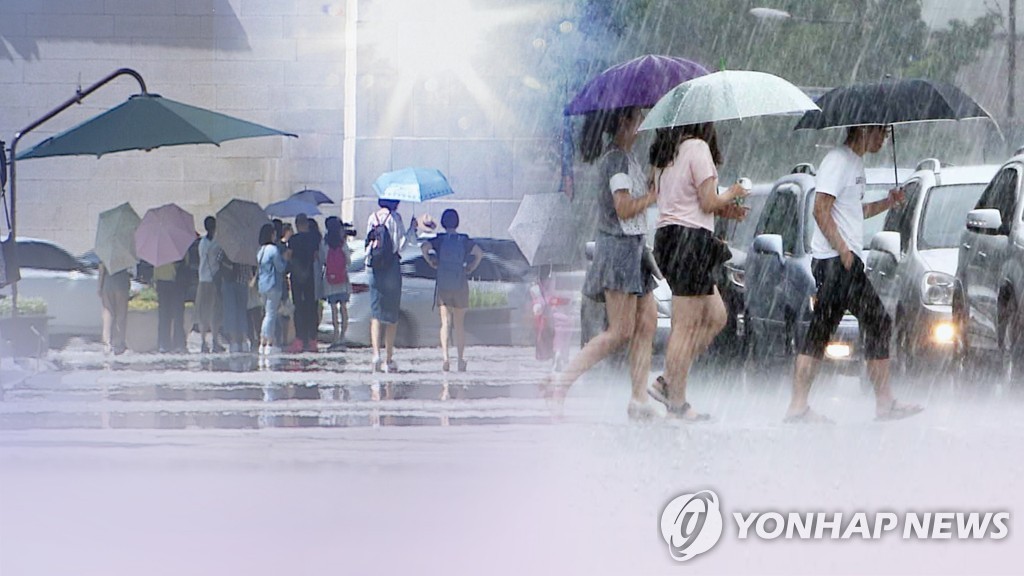 The weather agency projected that June is likely to be quite rainy, with torrential rains concentrated in late July and August due to the influence of typhoon and unstable air pressure.

"A few days ago, we saw heavy rain accompanied by thunder and lightning, this pattern of torrential rain may occur during summer," Lee said.

The KMA official expected the seasonal rain front to move northwards starting in July, but added that monsoon season is expected to be shorter compared with last year, with downpours occurring intermittently.

The agency expected nine to 12 typhoons to occur this summer, with two or three of them affecting the country.

Summer to be hotter this year with occasional torrential rain: weather agency

Summer to be hotter this year with occasional torrential rain: weather agency