SEOUL, May 22 (Yonhap) -- Over the first two weeks of the South Korean professional football season, Ulsan Hyundai FC head coach Kim Do-hoon has been dealing with problems that all other coaches would love to have: too many good players and not enough spots for all of them for his 18-man matchday roster.

Ulsan are off to a rousing start in the 2020 K League 1 season, having won their first two matches while netting a league-best seven goals.

After finishing runners-up to Jeonbuk Hyundai Motors by losing on the final day of the 2019 season, Ulsan bolstered their roster over the winter in hopes of avoiding another collapse. Offseason acquisitions include former Premier League midfielder Lee Chung-yong, and other former South Korean national team players such as Koh Myong-jin, Yoon Bitgaram and Kim Kee-hee. Norweigian international Bjorn Johnsen also signed with Ulsan before this season, alongside South Korean under-23 standout Won Du-jae. 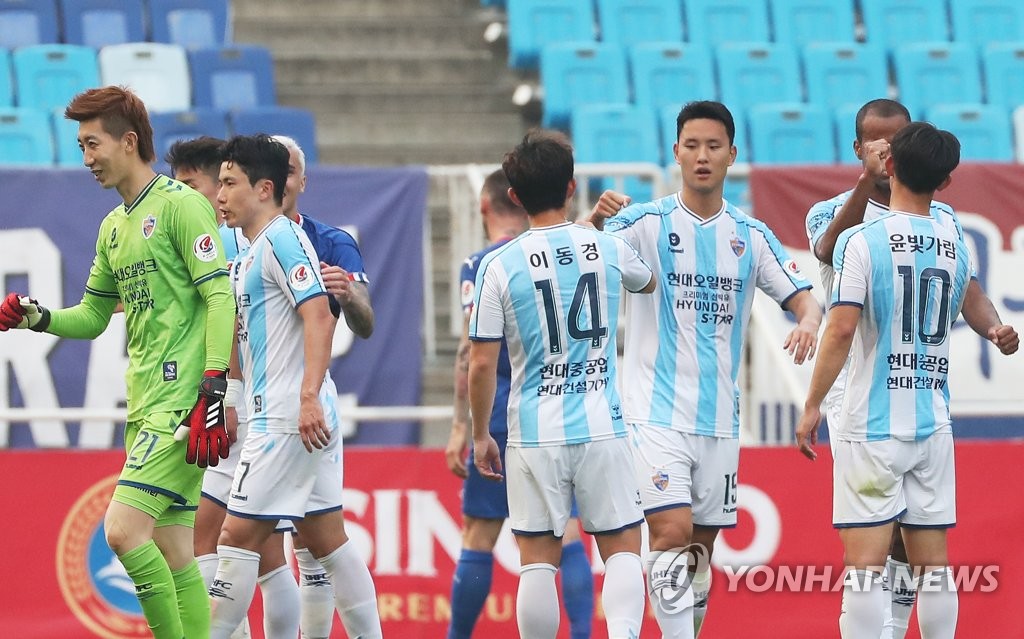 Koh, Won and Johnsen, who'd be good enough to be regulars for most clubs, didn't start for Ulsan the first two matches. And after those matches, one of the first thoughts that entered coach Kim's mind was, "Who am I going to play next week?"

"The toughest part (about preparing for matches) is to leave out players," Kim said in a press conference on Thursday, according to a transcript provided by Ulsan. "I must have written down and erased 18 names more than 10 times. My head is hurting just from thinking about who's going to play."

Kim said he understands how players will all want to play every week, but he also can't make everyone happy.

"I have to take into account players' physical conditions, their roles and their mental preparation," the coach added. "I know a lot of our players are sacrificing themselves for the team. I have confidence that those players will be able to capitalize on their opportunity and get the job done when they take the field."

Ulsan routed Sangju Sangmu 4-0 in the season opener on May 9, and then erased a 2-0 deficit to beat Suwon Samsung Bluewings 3-2 at Sunday.

"We savored those two wins, and they won't really have any bearing on our upcoming matches," said Kim, whose team will take on Busan IPark on Sunday. "We have to be prepared for every match and we want to keep building on this momentum." 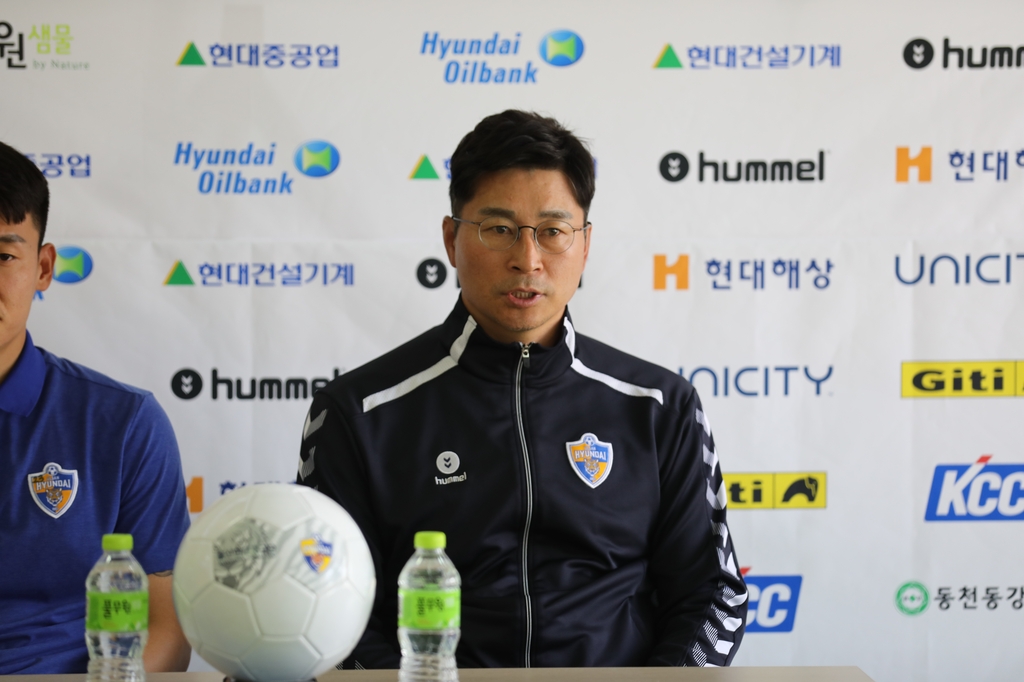 Busan, who were promoted from the second-division K League 2 for this season, have dropped their first two matches. They've managed just one goal in those two matches, after leading the K League 2 with 73 goals in 37 matches.

"They're going to come out firing, and we have to be ready mentally as well as strategically," he said. "They rode their offense to earn the promotion, and I don't think their identity has gone anywhere."