Kim, later in the day, accepted the leadership post.

"I will pour all my power to reviving the party and the country," he told reporters after meeting Joo in his office. "I am determined to work with utmost efforts to bring the party back on track during the given period." 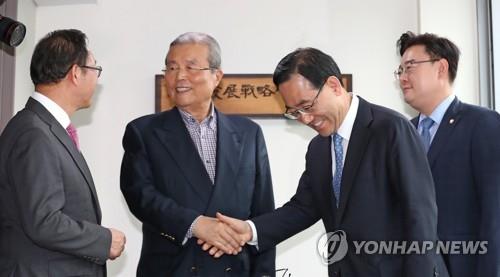