SEOUL, May 22 (Yonhap) -- South Korea saw new coronavirus infections linked to nightspots continue to rise Friday, with a party venue just outside of Seoul emerging as another transmission site.

Cases traced to nightclubs and bars in the Seoul neighborhood of Itaewon totaled 215 as of noon, adding another eight cases over the past 12 hours, according to health authorities.

The Korea Centers for Disease Control and Prevention had reported 20 new cases nationwide from the previous day, with 11 of them coming from community transmission. Most of the local infections were concentrated in Seoul and the surrounding area, with six reported in Gyeonggi Province, surrounding the capital. 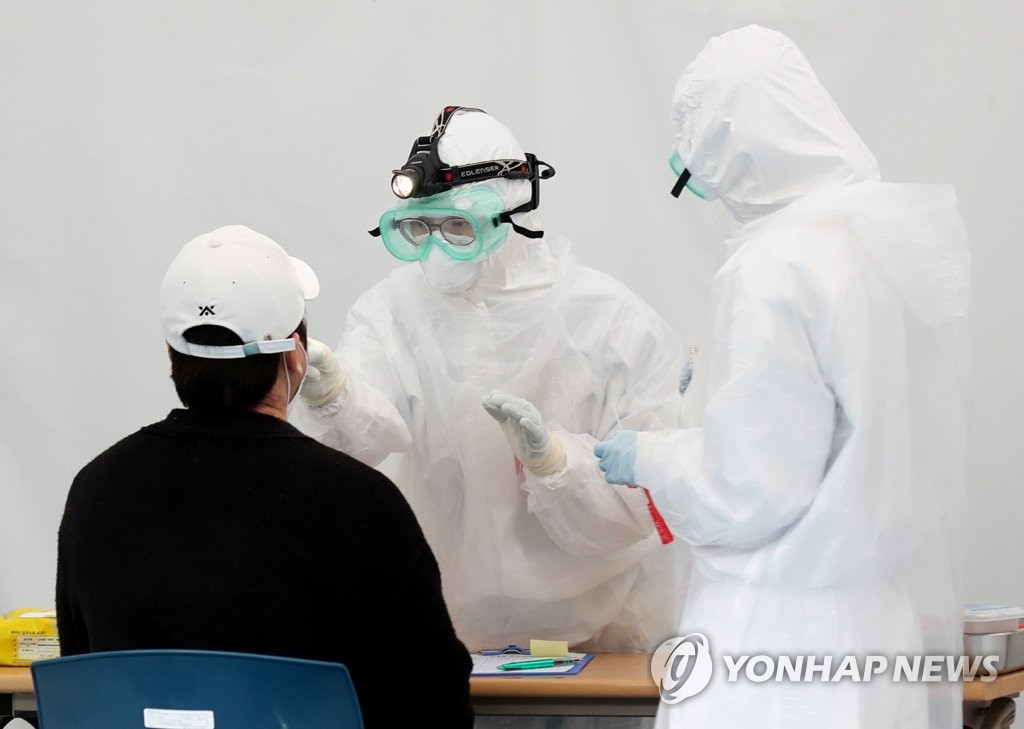 Some of the latest club-linked cases were traced to a buffet restaurant in Bucheon, Gyeonggi Province, just outside of Seoul.

People who had attended a birthday party for a 1-year-old tested positive, with a photographer who took photos during the event suspected of spreading the infectious virus.

The photographer, who doubles as a taxi driver, is believed to have been infected at a coin-operated karaoke facility in Incheon, a port city west of Seoul, where patients who were infected by an Itaewon clubber visited.

Health authorities urged people who visited the restaurant on May 9, 10 and 17 to be tested for the virus.

The number of cases involving Itaewon clubbers appears to be slowing, but chain transmissions at karaoke facilities, bars and internet cafes have continued to rise, putting health authorities on alert.

"We've seen cases in which those infected at cram schools, karaoke facilities and bars transmit the (virus) to their families and acquaintances," Vice Health Minister Kim Ganglip said in a press briefing. "Health authorities are closely monitoring this situation, while striving to minimize additional infections in the metropolitan area."