SEOUL, May 22 (Yonhap) -- The South Korean baseball league will open disciplinary proceedings on Monday to determine the fate of a former major leaguer seeking a return to Seoul despite his checkered past.

The Korea Baseball Organization (KBO) announced Friday that it will hold a disciplinary committee meeting to discuss a possible penalty for Kang Jung-ho, a one-time Pittsburgh Pirate who has applied for a return to the South Korean league.

Because of his three drunk driving cases in the past, mostly recently in 2016, Kang, 33, may face a suspension of up to three years, according to the league rule book. 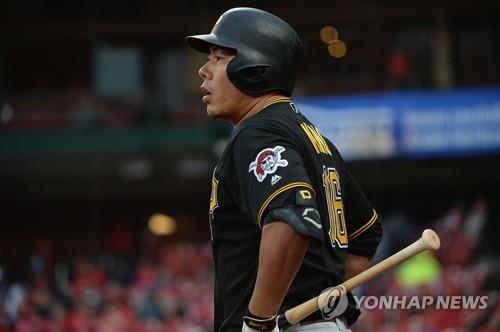 On Thursday, he filed for reinstatement from the "voluntarily retired" list. He was placed there when his former KBO club, Nexen (currently Kiwoom) Heroes, posted him for interested big league clubs after the 2014 season. Kang signed with the Pirates in January 2015.

Kang received a suspended jail term in 2017 for driving into a guardrail in Seoul while under the influence and then fleeing the scene in December 2016. It was his third drunk driving arrest. He ended up missing the entire 2017 season, as he was unable to obtain his work permit, and appeared in only three games in 2018.

The KBO rule on DUI cases was instituted in 2018, and the disciplinary committee will decide if the rule will be applied retroactively to Kang's 2016 arrest, which happened when he wasn't a KBO player. 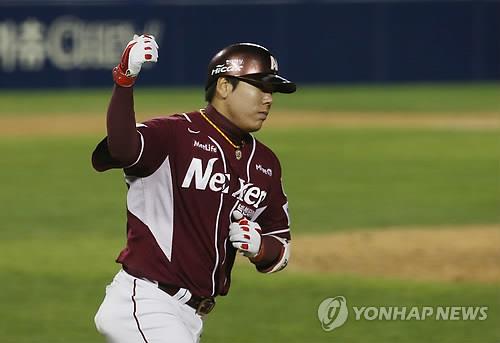 If the KBO ends up penalizing Kang for only the first two DUI cases, committed while he was playing in South Korea, then the ban could be 90 games or more, along with a fine and community service hours.

The following season, Kang slugged at a .513 clip while setting career highs with 21 dingers and 62 RBIs in 103 games. But the wheels came off that winter, and Kang hasn't been the same since.

Since Kang wasn't a free agent when he first signed with the Pirates in 2015, the Heroes still hold their reserve right to Kang. The Heroes must agree to take Kang off the voluntarily retired list, but Kang has yet to contact the Heroes about a potential return.