A total of 2.78 million people visited the 22 national parks across the country, down from 3.62 million during the same period in 2019.

The accumulated number from January to April was 9.85 million, down 17.4 percent from 11.9 million recorded a year before, the agency said.

Of the 22 parks, 16 places largely depending on overseas tourists and group tours had fewer visitors than last year.

For example, travelers to the iconic Hallyeohaesang National Park on the southern coast dropped 72 percent to 185,321. The southeastern city of Gyeongju, rich in ancient cultural heritage, saw visitor numbers decline 64.5 percent to 108,938.

Amid border restrictions, the number of international visitors to South Korea decreased 96.2 percent to 3,102 last month.

But six mountainous parks in and around major cities attracted more visitors than previous year as holidaymakers shunned crowded indoor entertainment venues, which are susceptible to infection, and opted for fresh air and natural landscapes. 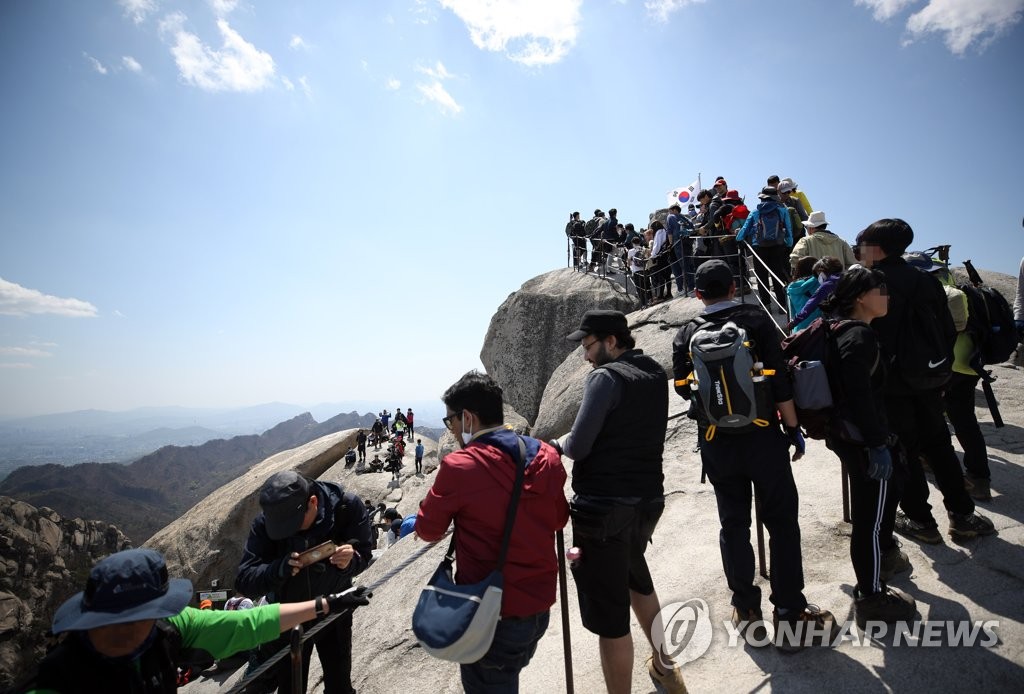