SEOUL, May 22 (Yonhap) -- Suga, a member of Korean pop sensation BTS, released his new mixtape "D-2" and the music video for the title track "Daechwita" on Friday.

The term "daechwita" refers to a genre of Korean traditional music where percussion instruments are used to play music at a king's parade and other military ceremonies.

The new album "D-2" has a total of 10 tracks covering various genres. The video for "Daechiwita" shows Suga rapping against the background of palaces, traditional markets and temples, alternating between black and blonde hairdos.

The singer, who is also a seasoned producer for both BTS and his solo projects, has collaborated with other Korean artists, including K-pop queen IU and soulful veteran singer Lee So-ra, as well as American pop singer Halsey. 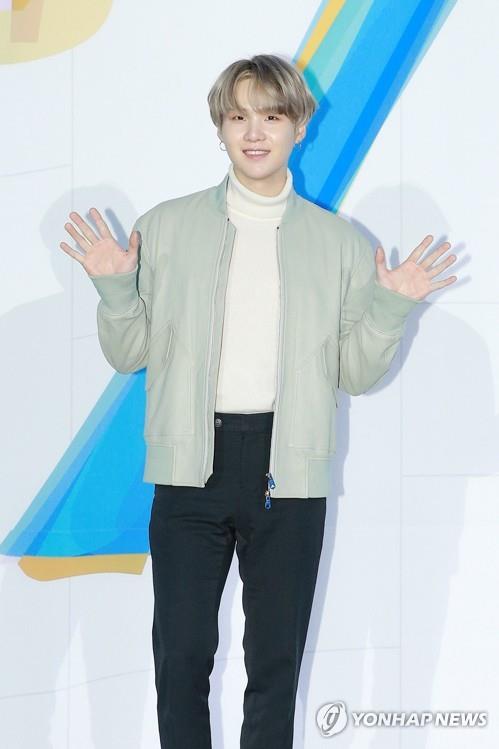