SEOUL, May 22 (Yonhap) -- Audi Volkswagen Korea said it suspended sales of its latest A6 gasoline-powered sedan starting Friday at the request of its German parent company.

"We are checking with Audi's German headquarters over the reason for the suspension request," a Seoul-based spokeswoman for the carmaker said over the phone.

The sales suspension has nothing to do with the transport ministry's recent preliminary probe into the A6 model's power outages while being driven, she said. 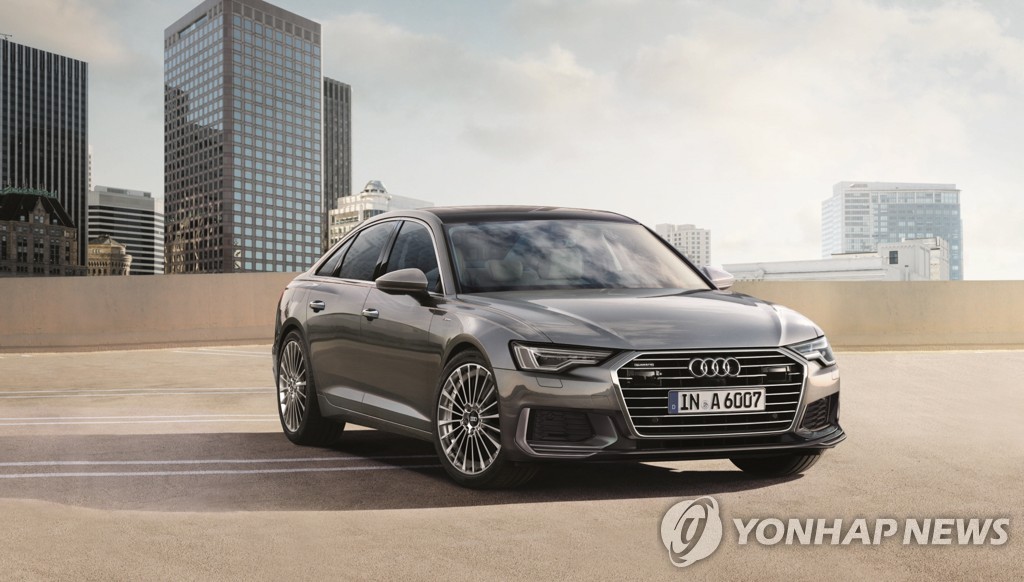 In January, Audi Volkswagen Korea halted sales of the A6 and A8 sedans due to their malfunctioning rear seat safety belt warning systems after reporting the problem to the transport ministry.

The company launched the eighth-generation A6 sedan in the Korean market in October and sold 1,500 units of the model's gasoline and diesel versions through April.

Its overall sales from January to April more than tripled to 9,519 units of the four brands from 3,122 in the year-ago period, according to the Korean Automobile Importers and Distributors Association.