INCHEON, May 23 (Yonhap) -- The remains of four South Korean teachers found dead in an avalanche in the Himalayas returned home Saturday.

The four victims, all of them school teachers in South Chungcheong Province, had left South Korea on Jan. 13 for volunteering work in Nepal. Four days later, they went missing in a deadly avalanche while trekking in Annapurna.

Two bodies were first discovered on April 25, and a third was found two days later. The body of the fourth teacher was spotted on May 1. 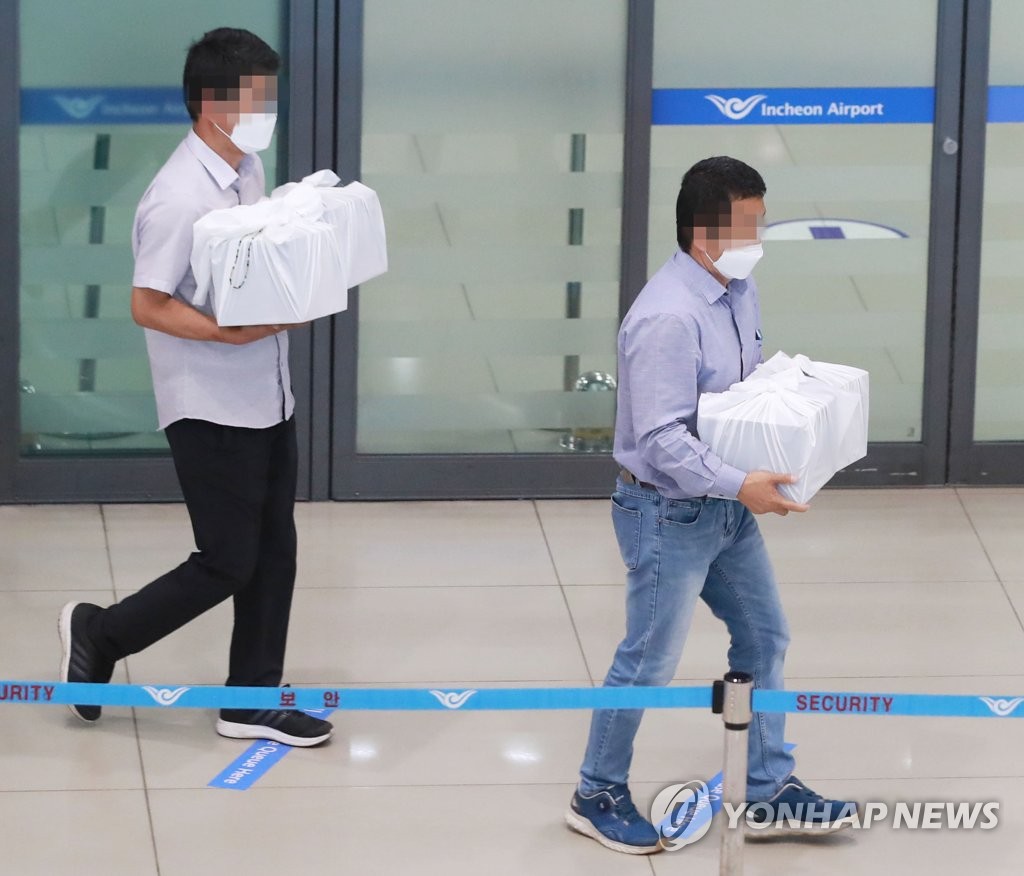 Their remains were sent to a hospital in Kathmandu. Following surviving family members' consent, their bodies were cremated two weeks ago.

Three staffers from South Chungcheong's provincial education office and a surviving family member were dispatched to Nepal to bring the remains home. But with travel restrictions in place due to the coronavirus pandemic, they had difficulty finding a flight back to South Korea.

They arrived home with help from the Japanese government. The South Korean foreign ministry recently learned that Japan planned to send a chartered flight to Nepal to bring Japanese nationals home, and asked its Tokyo counterpart to allow South Chungcheong officials and the family member to board the flight to Japan.

As international arrivals, three South Chungcheong officials will have isolate themselves for two weeks. But the surviving family member had applied for and been granted exemption from quarantine. If he tests negative, he will not have to go into self-isolation.
(END)