SEOUL, May 24 (Yonhap) -- Nine out of 10 households have received the emergency relief funds provided by the government as part of efforts to cushion the economic fallout from the new coronavirus, the interior and safety ministry said Sunday.

The government began offering the relief funds totaling 14.3 trillion won (US$11.6 billion) to all households earlier this month. Of the total, some 12.68 trillion won have been distributed so far.

The amount of the handouts varies from 400,000 won for single-person households to 1 million won for households with four or more members.

An index gauging the average sales of small merchants reached 100 in the second week of May, the same as in the previous year, according to industry data.

On Sunday, South Korea reported 25 more cases of the novel virus, raising the nation's total caseload to 11,190. It marked the third day in a row the new virus cases stayed below 30. 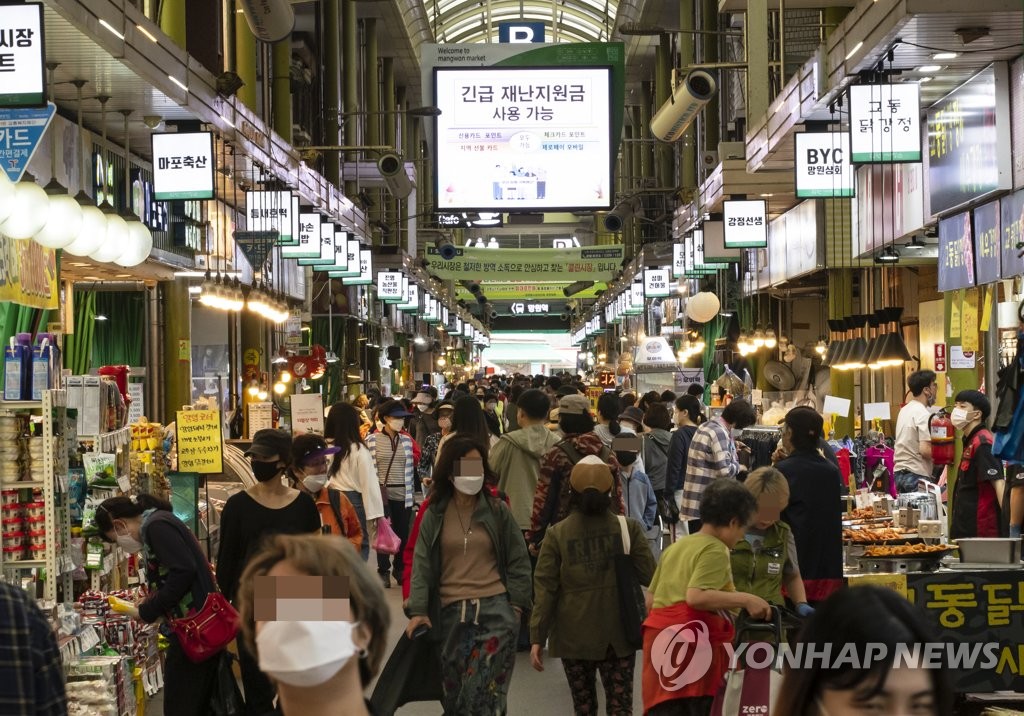 9 out of 10 households received emergency handouts

9 out of 10 households received emergency handouts