Police and the military are tracing those who were on board after checking nearby closed-circuit TV footage that showed people leaving the six-seat 1.5-ton boat on the beach in the western coastal city of Taean, they said.

A local resident called the police Saturday after seeing the boat had remained unattended for days. The boat was first spotted on the beach Wednesday.

"We are conducting the investigation with all possibilities open, such as a drifting or distress situation or an illegal entry," the officer said. 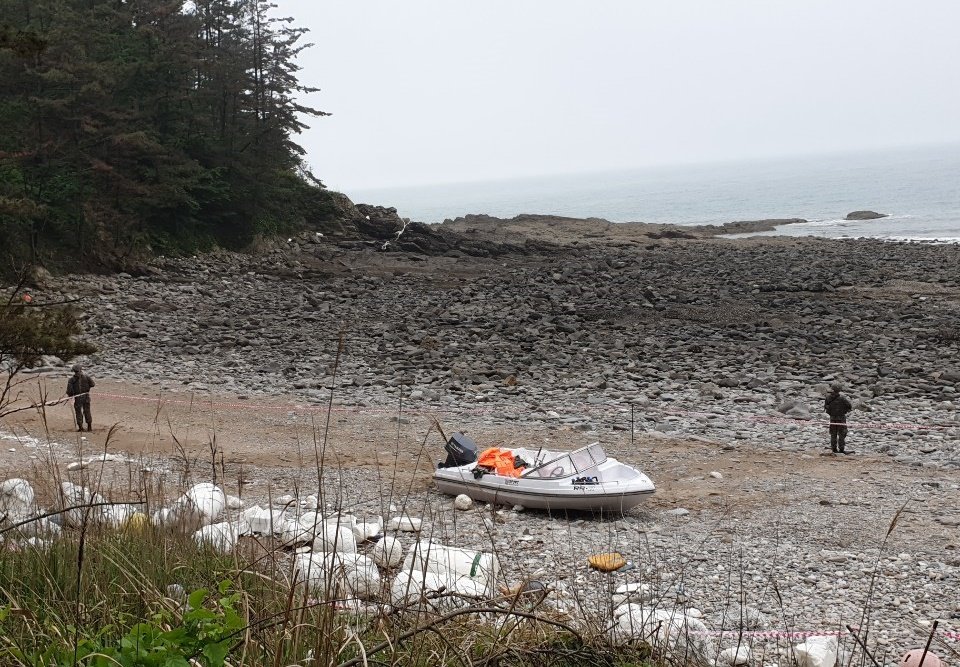