Of the total, 1,707 returned on chartered planes, including military aircraft, from China, Japan, Iran, Peru, Italy, Ethiopia and other countries.

Yoon said the government engaged in active dialogue with other countries to arrange temporary flights by private air carriers to bring its citizens back home.

"The government has used all possible diplomatic capabilities based on the principle that we will assist the safe return of South Koreans across the world, no matter where they are," Yoon told reporters.

Since the outbreak of the virus crisis, 6,742 South Korean businesspeople have entered 12 countries, including Vietnam and China, through special permits, according to the official. 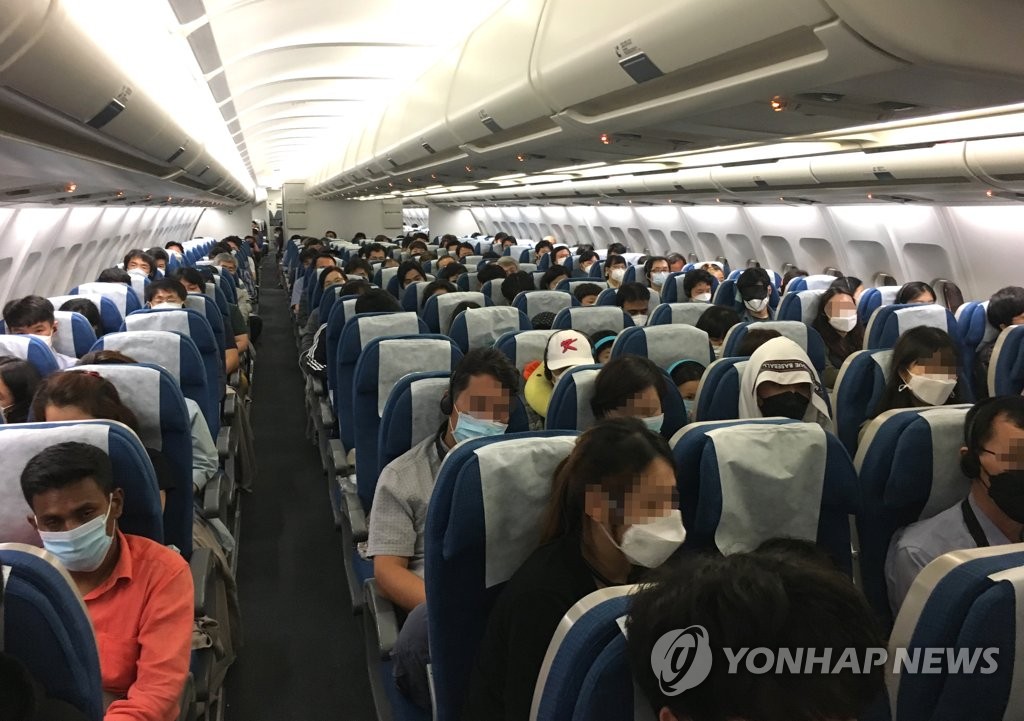 Over 30,000 S. Koreans return home from abroad amid coronavirus pandemic

Over 30,000 S. Koreans return home from abroad amid coronavirus pandemic