SEOUL, May 24 (Yonhap) -- Schools in areas with high transmission risks will be strongly advised against resuming classes with full attendance this week, as a precaution to prevent the potential spread of the coronavirus, the education minister said Sunday.

"We'll strongly recommend that schools in areas exposed to high risks of community spread of COVID-19 keep the number of students in attendance below two-thirds of the total," Education Minister Yoo Eun-hae said after a government response meeting.

Schools in South Korea are set to reopen for second graders of high school and third-grade students of middle school, as well as the lowest two grades of elementary schools and preschoolers Wednesday, in a phased approach to resuming school amid the coronavirus pandemic. The 12th graders of high school began going back to school Wednesday.

Despite worries about a resurgence of community spread due to nightclub-linked cluster infections, Yoo said that the school reopening will take place as scheduled, promising to allow more leeway for each school to adjust the number of students attending classes at their discretion.

"Classes will resume starting Wednesday. The government will leave it up to the schools to run classes, like every fortnight or every two days," she told the briefing.

She also vowed to make sure there will be no vacuum in child care before and after school by stepping up personnel support and other assistance.

The country's new school year, which usually starts in March, had been postponed by nearly three months after schools across the country were closed to prevent infections among students.

The government announced the reopening of schools as new daily infections were slowing. Students, who have been taking online classes since April, are set to resume in-person classes by June 8 in phases. 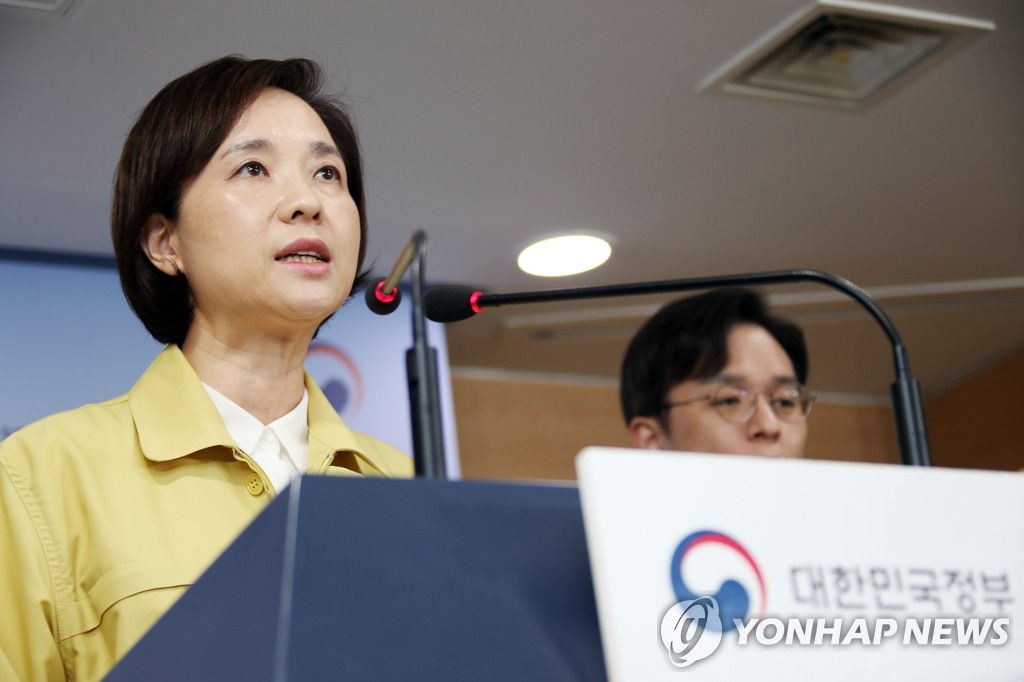