WASHINGTON, May 24 (Yonhap) -- U.S. National Security Adviser Robert O'Brien renewed calls Sunday for North Korea to give up its nuclear program if it wants to have a "great economy," after North Korean leader Kim Jong-un held a key party meeting to discuss bolstering nuclear deterrence.

The North's first mention of "nuclear war deterrence" since early 2018 came amid an impasse in nuclear talks between Washington and Pyongyang, and its struggle to improve its economy crippled by global sanctions and a pandemic-driven plunge in trade with China.

"We've managed to avoid a conflict with North Korea over the last 3 1/2 years. The president has engaged in some excellent personal diplomacy with Kim Jong-un," O'Brien said in an interview with CBS News' "Face the Nation."

"But ultimately, the North Koreans, if they want to reenter the world, if they want to have a great economy, we hope they do, they are going to have to give up their nuclear program," the official added. 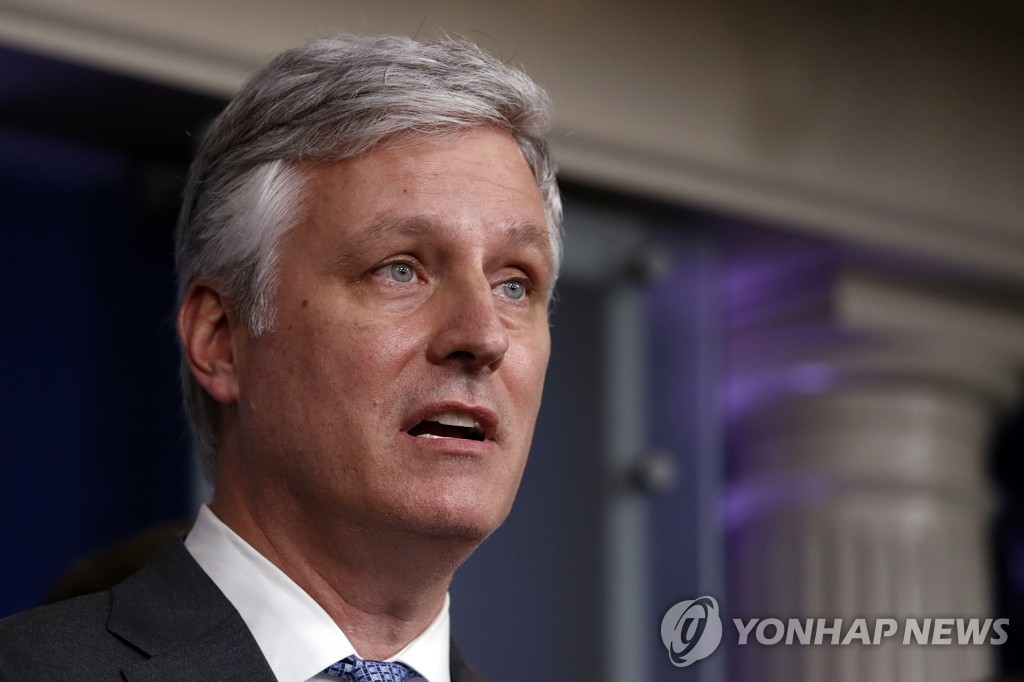 The security adviser also said the U.S. will keep an eye on developments in what he calls a "very closed society" in North Korea.

"We are watching all of the things that are coming out of North Korea both from public open source but also from the intelligence community," he said. "We'll keep an eye on it, and we'll calibrate our response accordingly."

Some observers viewed the North's move to bolster the nuclear capability as an ominous sign that it could engage in provocative acts, such as the test of a submarine launched ballistic missile to pressure the U.S. to make concessions in nuclear negotiations.

Nuclear talks have not been held between Washington and Pyongyang since working-level dialogue in Sweden in October.

It remains uncertain when the talks will resume, as the U.S. administration focuses on battling the COVID-19 pandemic with President Donald Trump preparing for the November election.

U.S. official renews calls for N.K. to abandon nukes after its party meeting on nuke deterrence

U.S. official renews calls for N.K. to abandon nukes after its party meeting on nuke deterrence