SEOUL, May 25 (Yonhap) -- While fears of the novel coronavirus have emptied movie theaters in South Korea, esports fans are given a rare opportunity to watch a "League of Legends" (LoL) tournament on the big screen.

CGV, a multiplex chain run by entertainment giant CJ Group, said Monday it will live stream the upcoming 2020 Mid-Season Cup of LoL starting Thursday at its 24 theaters across the country.

The four-day tournament features four top LoL teams from South Korea and China each to be held online due to the COVID-19 pandemic and travel restrictions.

CGV said the tournament will be broadcast at its ScreenX theaters, which provides 270-degree panoramic images to audiences by expanding the display onto the theater's side walls.

Audiences will be able to watch the esports competition on the main screen, along with the game's strategic maps and statistical data on the side-wall screens at the same time. 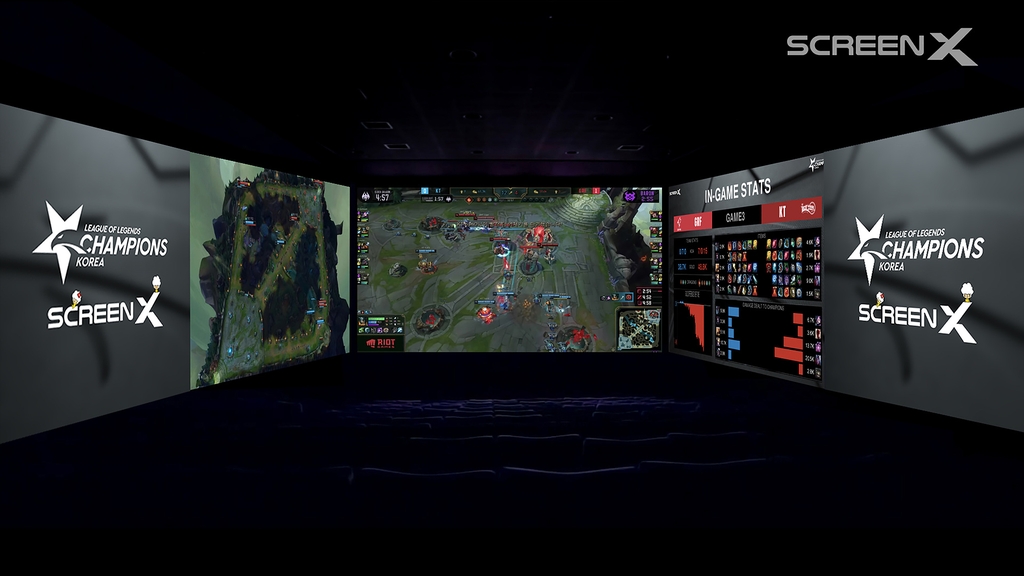 It will be the second time that CGV has livestreamed an esports competition, following the 2019 LoL World Championship last year.

The broadcasting of a LoL tournament at a theater is part of South Korean multiplexes' efforts to tackle the falling number of moviegoers and a lack of new film releases stemming from monthslong coronavirus disruptions.

The 2018 New York concert by American singer-songwriter Josh Groban and the live Metallica concert collaborating with the San Francisco Symphony in 2019 are being screened at CGV theaters.

Megabox, another multiplex chain in South Korea, will start the "Cine Docent" project next month to give lectures on artworks and masterpieces at the world's renowned museums and galleries, including the Louvre Museum in Paris.

Its ongoing "Classic Society" program is to broadcast a number of classical music concerts performed by renowned orchestras, including operas "Rigoletto" by Giuseppe Verdi, "Madam Butterfly" by Giacomo Puccini and "Fidelio" by Ludwig Beethoven.

The number of moviegoers fell to a record low of 970,000 in April, with dozens of movies postponing scheduled premieres.