SEOUL, May 25 (Yonhap) -- The Bank of Korea (BOK) is widely forecast to trim its policy rate this week amid the growing economic fallout from the new coronavirus outbreak, a poll showed Monday.

Twelve out of 18 analysts surveyed in a poll by Yonhap Infomax, the financial news arm of Yonhap News Agency, forecast a rate cut this Thursday when the BOK monetary policy board holds its monthly rate-setting meeting.

The central bank froze the benchmark rate at 0.75 percent in April after slashing it to a record low of 0.75 percent from 1.25 percent in March, in its first emergency rate cut in over a decade.

Analysts said the central bank's policymaking body will likely take a soft stance this month, as the impact of the novel coronavirus outbreak has started to bite. 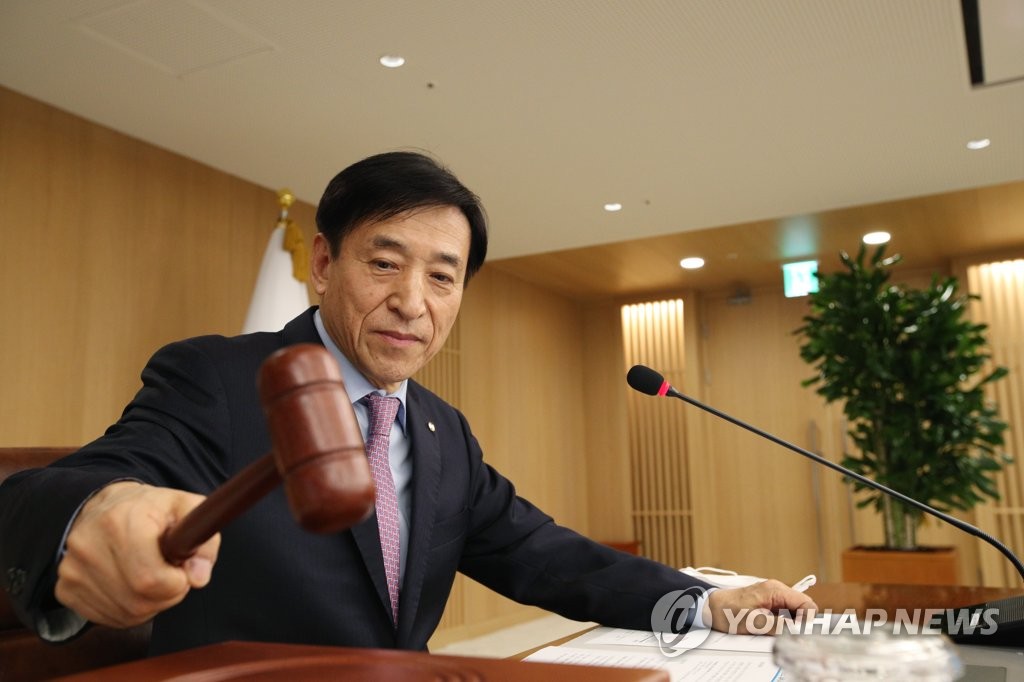 South Korea's exports sank 20.3 percent on-year to US$20.3 billion in the first 20 days of May amid the shock from the coronavirus pandemic.

Last month, Asia's fourth-largest economy registered the sharpest drop in its April employment since 1999, as the pandemic pummeled the local job market.

The country's core inflation, which excludes food and oil prices, added 0.3 percent on-year in April, the slowest gain since September 1999.

The poll also showed most of the remaining six standpatters predicted the central bank would lower the policy rate during the third quarter of the year.

"A rate cut in May seems undesirable, as the BOK may find it necessary to watch the effects of its emergency rate cut and the government's extra budgets," KB Bank economist Kim Seon-tae said. "It may be more positive to conduct a rate cut in the third quarter, when upward pressure on market interest rates is expected to build up."

To cope with the coronavirus fallout, South Korean unveiled a second extra budget of 7.6 trillion won (US$6.1 billion) to give shopping coupons and gift certificates to households in mid-April.

It came more than a month after the National Assembly approved an 11.7 trillion-won supplementary budget. The government is also eyeing a third extra budget, which is expected to be much bigger than the previous ones.
(END)