SEOUL, May 25 (Yonhap) -- Kia Motors Corp., South Korea's second-biggest carmaker by sales, on Monday said it extended the suspension of its domestic plant by one week due to lockdowns in major markets.

Kia will continue the suspension of the No. 2 plant in Gwangju, 330 kilometers southwest of Seoul, until June 5 after suspending production two times since April 27, a company spokesman said.

The maker of the K5 sedan and the Sorento SUV suspended the plant from April 27 to May 8 and plans to halt the plant from May 25-29 to control inventories amid the new coronavirus impact on the automobile industry. 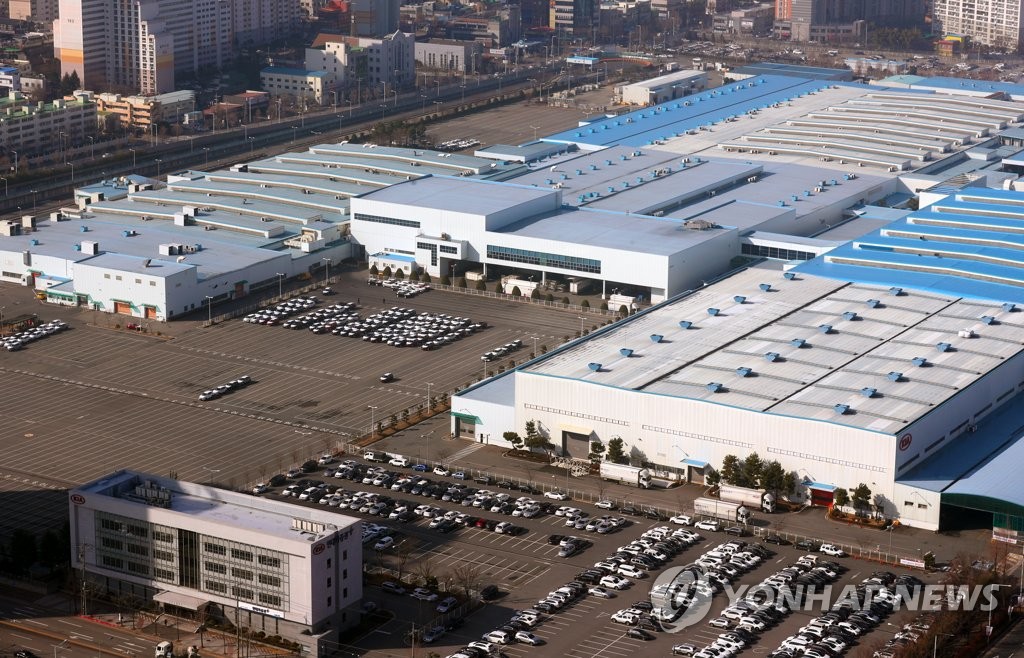 The No. 2 Gwangju plant produces the Sportage SUV and the Soul boxcar, but coronavirus lockdown restrictions in the United States and Europe blocked vehicle exports from South Korea, the spokesman said.

Kia suspended most of its overseas plants since March and resumed their operations early this month to control inventories. Its Mexico plant has yet to restart production.