SEOUL, May 25 (Yonhap) -- Infections linked to nightspots in the neighborhood of Itaewon continued to increase Monday, further raising the need to put a brake on the transmission chain that shows no signs of slowing.

Itaewon-linked cases totaled 237 as of noon, up 12 cases from the previous day, according to health authorities. Of the total, 96 were those who had visited the infected locations, while 141 were those who were infected through family members or acquaintances.

Most of the infections were concentrated in Seoul and the surrounding area, with 112 reported in Seoul, followed by 59 in surrounding Gyeonggi Province and 45 in the western port city of Incheon.

The case, linked to nightclubs and bars in the central Seoul ward of Yongsan, is so far the biggest single infection cluster reported in South Korea's capital.

The latest figure stokes concerns over further transmission linked to the case, with infections having occurred in venues such as coin-operated karaoke rooms, a buffet restaurant and internet cafes. 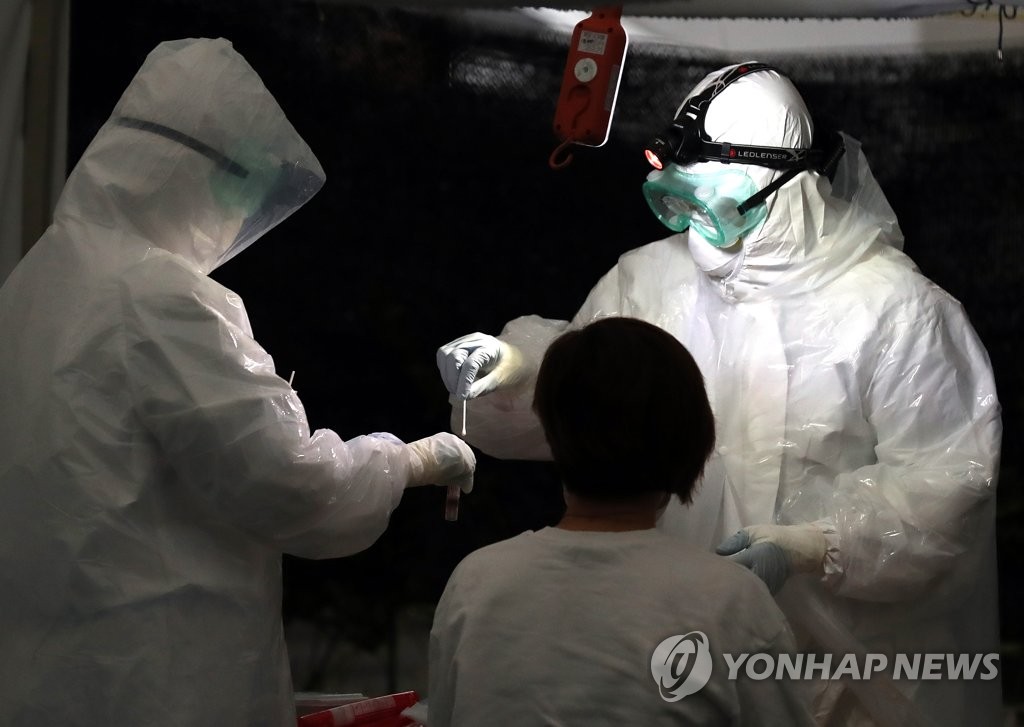 One recent case identified in Seoul involved six stages of transmission traced to a 25-year-old patient in Incheon, who lied about visiting Itaewon and had taught students at a cram school and private tutoring lessons.

Some 52 people, including another seven who were infected through five stages of transmission, are believed to have been infected in a chain triggered by the Incheon patient, according to health authorities.

Yoon Tae-ho, a senior government official, said in a press briefing that the "risks of the Itaewon-linked case are growing due to chain transmission."

Yoon, however, said the recent cases are seen as under control amid the government's eased social distancing campaign and current quarantine system.

The government has so far conducted 82,000 tests in relation to the Itaewon case.

As part of measures to prevent sporadic outbreaks coming from the Itaewon case, local governments in Seoul and Incheon have imposed an administrative order effectively suspending business at coin-operated karaoke facilities.

The government has also announced plans to introduce a quick response-code based entry log system at facilities with high infection risks to better track and contain possible infections.