SEOUL, May 25 (Yonhap) -- The possibility of espionage is low in relation to a 1.5-ton boat recently found abandoned on the west coast, the military said Monday.

Police said Sunday that the six-seat boat was found on the beach in the western coastal city of Taean, and that they are looking for those who were on board. The discovery sparked suspicions that North Korean spies could have used the boat.

But authorities said the vessel could have been used by illegal immigrants, though they are looking into the case with all possibilities open.

Footage from a nearby closed-circuit TV showed people leaving the boat. Inside the boat were clothes, leftover food and other items that appeared to have been made in China, police said.

The boat did not have an identification number, officials said.

A military officer said they will first focus on determining how the boat ended up on the beach and see if there were any shortcomings in the military's response.

"The Coast Guard is currently looking into details including whether it is a fishing boat and whether it was an illegal entry. When the probe results are out, depending on how the ship arrived on the shore, we will see if there were any points of improvement on our part," the officer said. 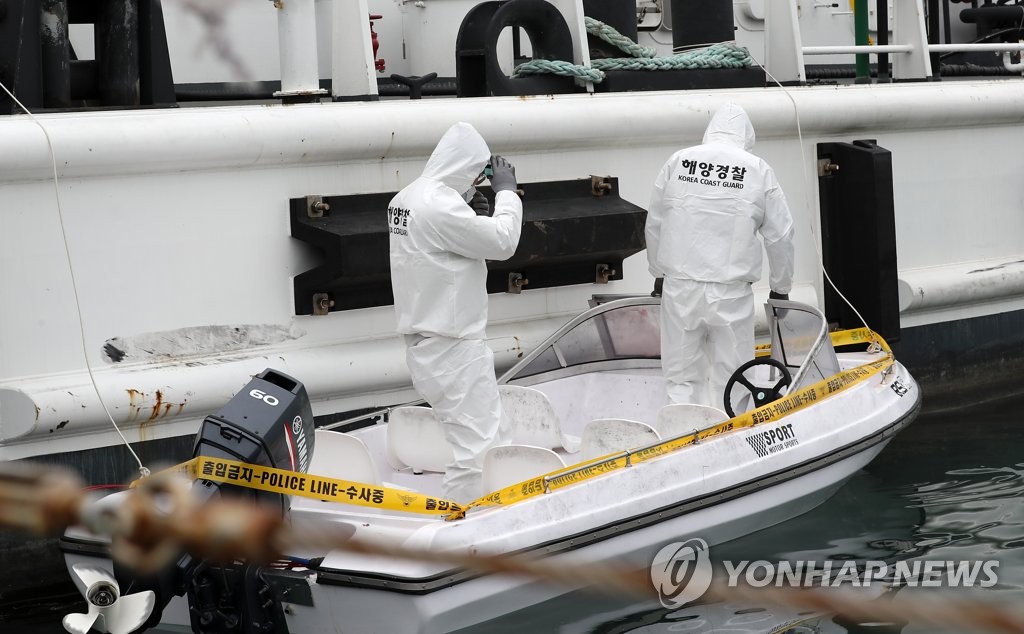