SEOUL, May 25 (Yonhap) -- The deputy commander of the U.S.-led United Nations Command has praised South Korea's handling of the new coronavirus and thanked the country for providing masks to Korean War veterans around the world.

Vice Adm. Stuart Mayer made the comments as he joined "the COVID-19 Blueberry Challenge" initiated by the city of Pyeongtaek, where the command's headquarters is located.

"Now, the ROK has been recognized as a true global leader in the fight against the COVID-19. We are lucky and have a privilege to live in Pyeongtaek as part of the Republic of Korea," Mayer said in his video message uploaded on its Facebook post Sunday.

UNC's responses to the coronavirus have been much easier thanks to "the firm and fair leadership and the positive spirit" of the citizens here, he added.

The deputy commander then expressed appreciation for remembering UNC forces who fought in the 1950-53 Korean War and sending face masks to them. This month the Seoul government provided 1 million masks to the veterans in 22 countries in an expression of gratitude for their sacrifice.

This year marks the 70th anniversary of the 1950-53 Korean War, in which around 1.95 million people from 22 countries participated to help South Korea fight North Korea backed by the Soviet Union and China. 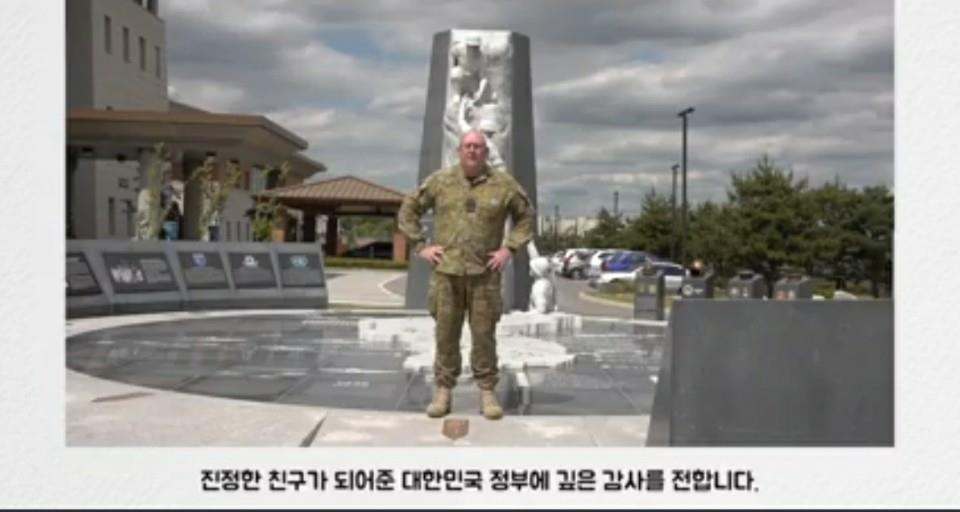