SEOUL, May 25 (Yonhap) -- U.S. Ambassador Harry Harris has visited a memorial site near the inter-Korean border to honor American soldiers killed in the 1950-53 Korean War as he marked Memorial Day in the United States.

Harris on Monday tweeted pictures of himself and flowers he laid at the Monument Dedicated to U.S. Forces in the Korea War during a visit to Imjingak Pavillion in Paju near the Demilitarized Zone (DMZ) separating the two Koreas.

The three-year conflict ended in a truce, not a peace treaty, leaving the two Koreas still technically at war. More than 33,680 American soldiers died in combat during the war, with more than 92,000 wounded. 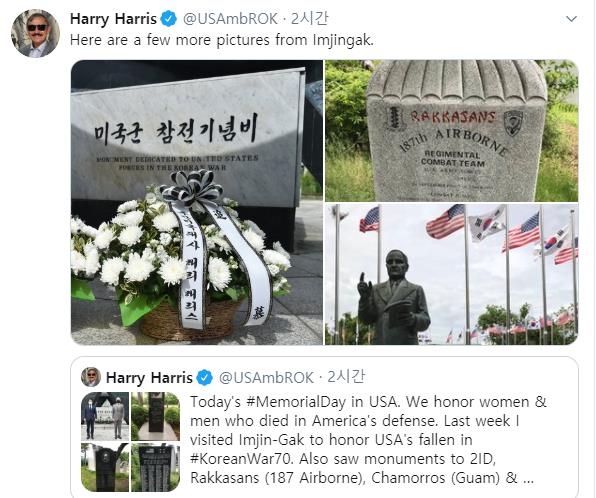