(ATTN: UPDATES with briefing on meeting results in paras 12-18)
By Lee Chi-dong 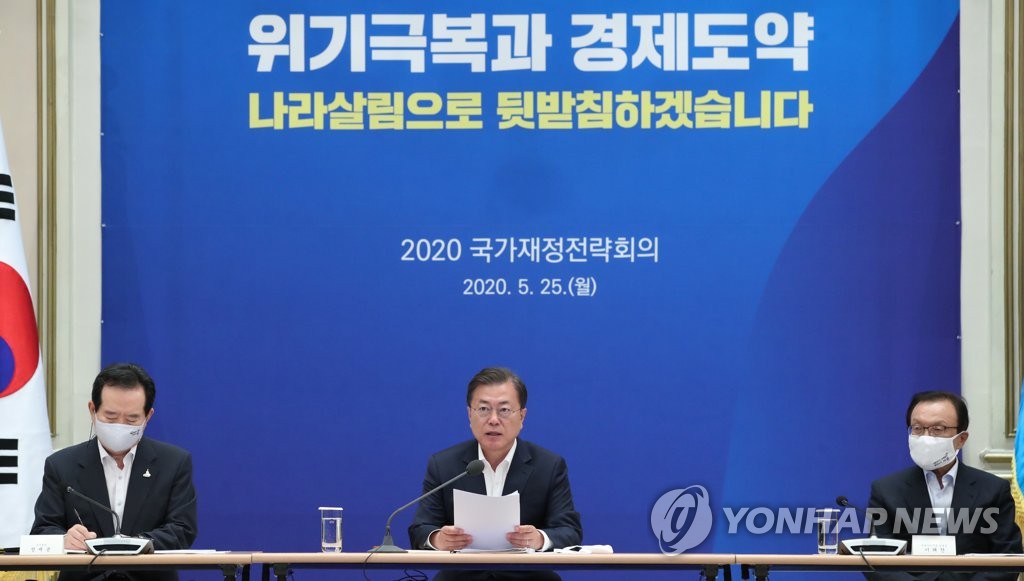 They agreed that it's necessary to expand fiscal spending in a preemptive and aggressive manner to stop economic troubles from deepening and stimulate growth, according to Cheong Wa Dae spokesman Kang Min-seok.

Cheong Wa Dae, the government and the party also agreed to strengthen efforts to improve fiscal soundness over the mid- to long-term after South Korea rides out the coronavirus crisis, Kang said in a press briefing on the results of the meeting.

Among measures to be taken are concentrating investment resources on fostering "innovative and inclusive" growth and increasing tax revenues through tougher monitoring of tax evasion and more efficient management of state-owned assets, he added.

"It may be an opportunity now to resolve structural problems via social agreements," he was quoted as saying. Lee cited SK hynix, a leading memory chipmaker, as an exemplary case.

"It was not the government and the management that spearheaded restructuring. Labor took the lead to enhance productivity and make it a good company," he said.

The ruling party is reportedly pushing for a third extra budget bill worth over 40 trillion won.