SEOUL, May 25 (Yonhap) -- The defense ministry said Monday it will expand counseling services for troops to help them better adjust to military life and protect their basic human rights.

Counseling for service members was first introduced in 2005 with eight professional counselors. After 15 years, the number has grown to 549, according to the ministry.

"By the end of this year, we will dispatch at least one counselor to all battalions or bases of that size, which will bring the total number of those officials to 660," the ministry said in a release.

In addition, 48 counselors now provide services for those who have suffered from sexual violence and face other gender-related issues, the ministry added.

Such efforts are believed to be helpful in promoting the mental health of service personnel and have contributed to the reduction in the suicide rate among the military's population, according to the ministry. 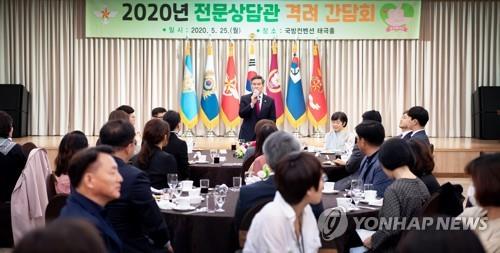