SEOUL, May 26 (Yonhap) -- South Korea's exports of packaged traditional chicken soup, or "samgyetang," have posted sharp growth in the first four months of 2020 from a year earlier, data showed Tuesday, amid the growing demand for ready-to-eat products around the globe due to the pandemic-led lockdowns.

Outbound shipments of ready-to-eat samgyetang products reached US$4.82 million over the January-April period, up 82.2 percent from a year earlier, according to the data compiled by the Korea Agro-Fisheries & Food Trade Corp.

The United States accounted for the largest bulk of $2.1 million, trailed by Japan with $1.19 million. Hong Kong and Canada followed with $500,000 each. 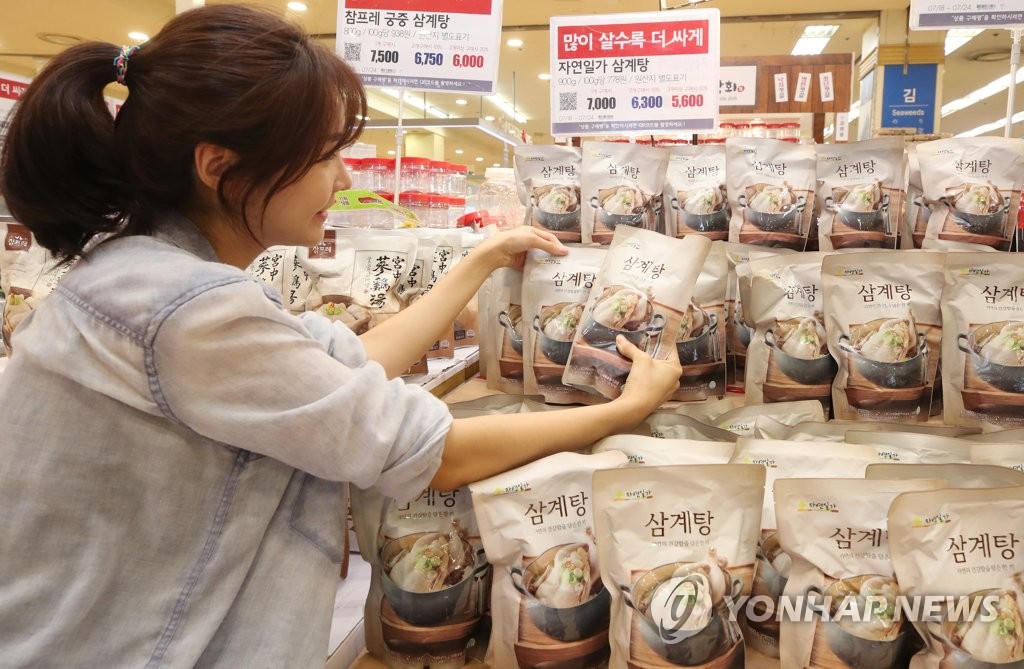 Sales in Canada were especially significant as South Korea only started to ship the products to the North American country in February.

Samgyetang is a traditional chicken soup made with a whole young chicken stuffed with ginseng, sticky rice and garlic. It is widely consumed in the country as an energy-boosting meal, especially during the summer.

South Korea currently ships the products to 10 countries, including China, Vietnam and the United Arab Emirates.

The latest increase came on the back of the growing demand for packaged foodstuffs as people refrained from going outside. The rising awareness of healthy meals also apparently boosted the sales.

South Korea's overall exports fell 24.3 percent on-year in April due to the COVID-19 pandemic, but the country still took advantage of the situation in limited areas.