SEOUL, May 26 (Yonhap) -- South Korea and the United States are working to set up a videoconference call between their defense ministers next month to discuss defense-cost sharing, North Korea and other pending issues, officials said Tuesday.

"Discussions are under way to fix the date," a defense ministry official said. "Given the current COVID-19 situation, the meeting is expected to take place online."

The defense ministry said earlier that South Korean and the U.S. defense ministers are planning to have a trilateral dialogue via videoconferencing involving their Japanese counterpart next month. 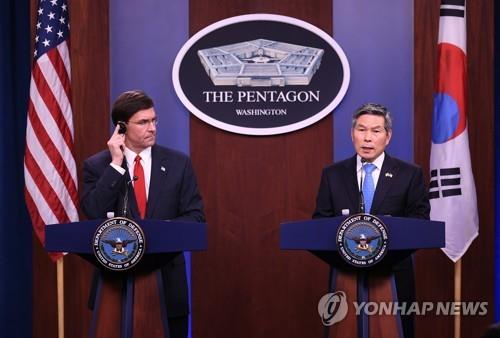