SEOUL, May 26 (Yonhap) -- Kia Motors Corp., South Korea's second-largest carmaker, said Tuesday that its plant in Mexico will restart production this week, marking the resumption of operations at all of South Korea's overseas auto plants.

The resumption scheduled for Tuesday (Mexico time) comes after Kia Motors put in place all requirements meant to stem the spread of the new coronavirus, a Hyundai spokesman said over the phone.

All manufacturers in Mexico are required to check the temperatures of workers, give them face masks, enforce social distancing and implement sanitation measures.

Kia is a key affiliate of the South Korean automotive group, along with Hyundai Motor Co. and the country's leading auto parts maker Hyundai Mobis Co. 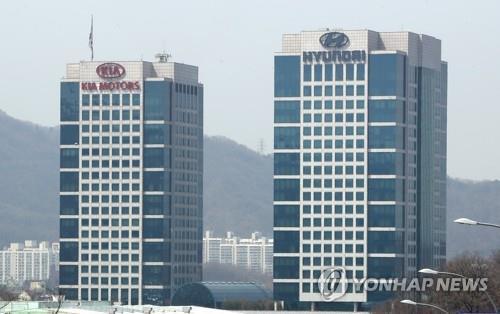 The Mexico plant was suspended from April 6 through Monday in line with the Mexican government's guidance meant to stem the spread of COVID-19.

Hyundai has seven domestic plants and 10 overseas ones -- four in China and one each in the United States, the Czech Republic, Turkey, Russia, India and Brazil. Their combined capacity reaches 5.5 million vehicles.

Kia has eight domestic factories and seven overseas ones -- three in China and one each in the U.S., Slovakia, Mexico and India. Their overall capacity is 3.84 million units.

Hyundai and Kia, which together form the world's fifth-biggest carmaker by sales, suspended most of their overseas assembly lines from March. The suspension affected their vehicle sales, particularly in the past two months.