SEOUL, May 26 (Yonhap) -- South Korea has banned the production and sale of 31 diabetes drugs with a substance that may pose cancer risks, although the drugs do not pose serious health risks, the country's public health agency said Tuesday.

The drugs are metformin-based medication, with 257 other diabetes drugs also being checked for the substance, the Ministry of Food and Drug Safety said.

"Of the drugs checked, the 31 had above the permitted level of N-Nitrosodimethylamine (NDMA)," the ministry said. The amount of material is so small that it should pose no real health problems to people who took the medication in the past, according to the ministry.

At present, some 260,000 people in the country are taking the banned diabetes drugs. it added.

It said such drugs as Gadmet, Gluless-M and Glimefol tablets made by companies like JW Pharmaceutical, Hutecs Korea and Hanmi Pharm have been affected.

NDMA is on the Group 2A list of the International Agency for Research and is cited as a "probably carcinogenic" material to humans.

The ministry said impact assessment showed people who took the drugs had an additional cancer risk of just 0.21 person for 100,000, which is an extremely low and irrelevant figure.

The ministry said that while it has told doctors to restrict prescribing the drug to patients, people who are taking the medication at present should not suddenly stop using it, without consulting their doctors.

The ministry said it has been looking into diabetes drugs since 2019 after NDMA traces were found in medication in places like Singapore.

It said initial tests showed that the possible carcinogen was not detected in the pharmaceutical ingredient used to make the drugs, indicating that it may have gotten into the medication in the production process. 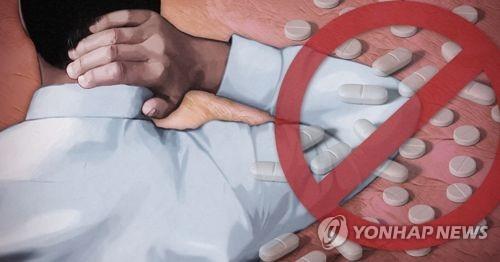