GENEVA, May 26 (Yonhap) -- Hungary plans to erect a monument in the memory of the 25 South Koreans killed in last year's deadly boat sinking in Budapest as this week marks the first anniversary of the accident, according to the South Korean Embassy in Hungary on Tuesday.

The memorial stone will be set up near the accident site in the Danube River, where the Korean tourists aboard a sightseeing boat went missing after the vessel collided with a bigger cruise line on May 29. Bodies of 24 people have been retrieved, but one person still remains missing.

The Hungarian government first made the suggestion to South Korea about erecting a monument and the two countries have been discussing details with the families of the deceased, embassy officials said.

The erection was originally planned for the anniversary, but there has been a delay in the process due to the coronavirus outbreak, the officials added. They expect the construction to be completed by the year-end.

On the first anniversary slated for Friday, government officials of the two sides will host a memorial ceremony in Budapest. Among the attendees will be South Korean Ambassador to Hungary Choe Kyoo-sik and Hungarian Foreign Minister Peter Szijjarto, according to the embassy. 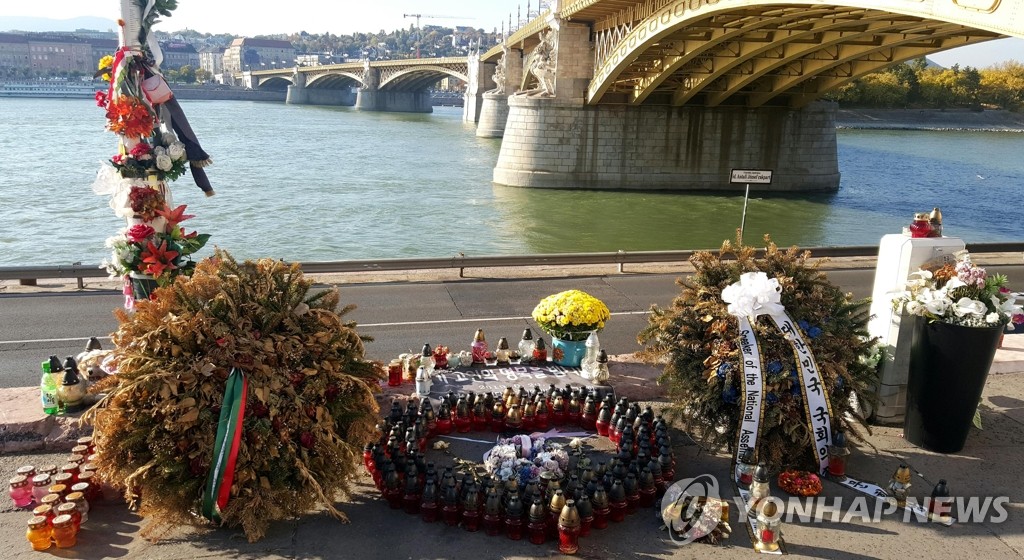 Hungary to erect monument in memory of S. Korean victims of boat sinking

Hungary to erect monument in memory of S. Korean victims of boat sinking