The 24,000-TEU vessel, the Algeciras, transited the waterway without a hitch the previous day and is due to arrive at the Dutch port of Rotterdam, the first destination in Europe, on June 3, according to deputy presidential spokesman Yoon Jae-kwan.

South Korea had lost its edge to foreign shippers for the maritime transport of cargo to and from the continent since the 2016 collapse of Hanjin Shipping and the worsening of troubles in Hyundai Merchant Marine (HMM), he noted.

"However, we are regaining the global core route by mobilizing the South Korea-flagged container ship, the world's largest," he said in a statement. 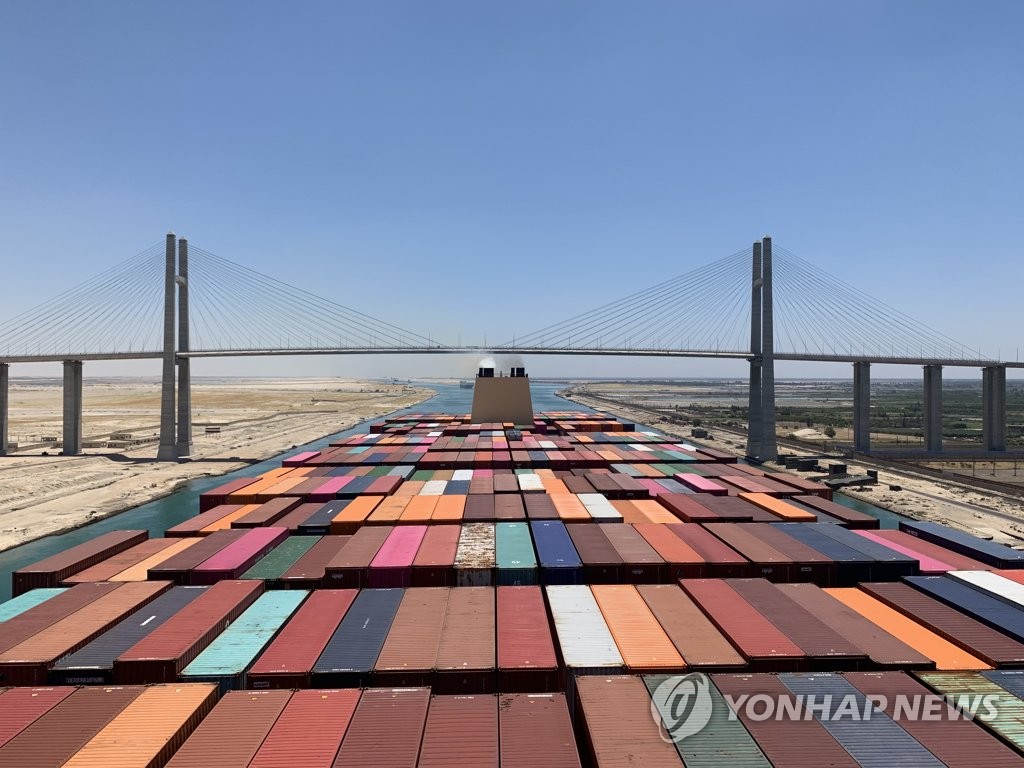 The Algeciras is highly symbolic in South Korea's bid to reemerge as one of the top five shipping powers in the world.

In late April, President Moon Jae-in and first lady Kim Jung-sook attended a ceremony to christen it at the shipyard of Daewoo Shipbuilding & Marine Engineering (DSME) on the southern island of Geoje.