(ATTN: UPDATES with remarks on cash handouts in last 6 paras)

SEOUL, May 26 (Yonhap) -- President Moon Jae-in vowed the government's full efforts Tuesday to stave off sporadic cluster infections in South Korea, as more than 2 million students nationwide are preparing to return to schools this week in a phased measure to normalize the public education system disrupted by the new coronavirus.

He stressed that the reopening of schools would decide the success or failure of the "everyday life quarantine" in place, speaking at a weekly Cabinet meeting.

In case of a COVID-19 outbreak at school, an "emergency response system" will be activated in accordance with a related manual, he said.

"There shouldn't be any negligence in the quarantine outside of schools as well," he added. 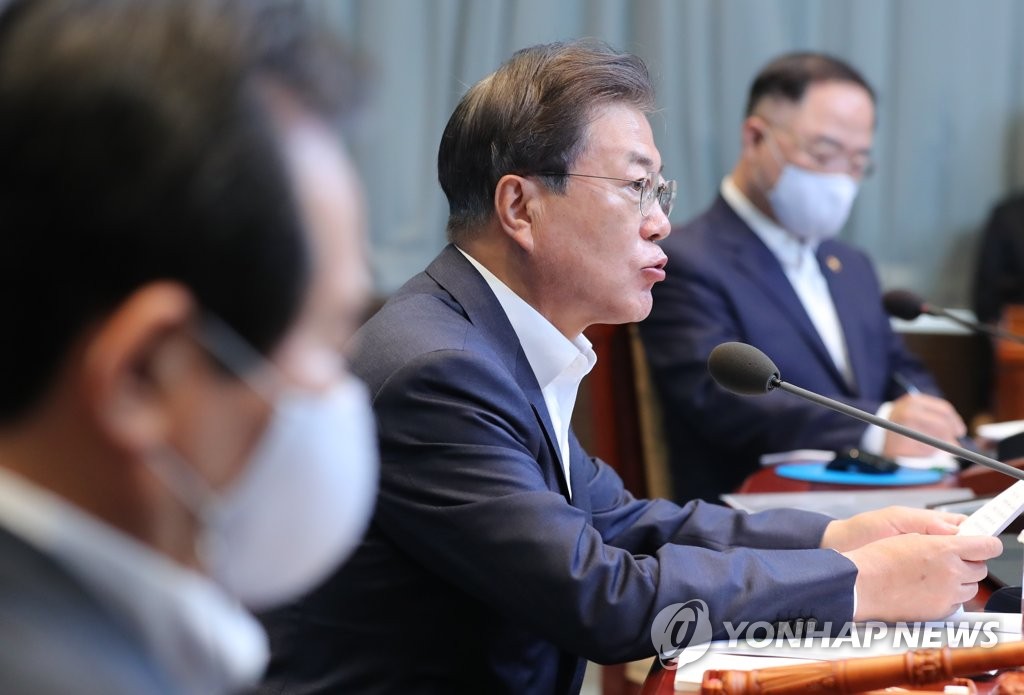 He assured the people that the government will toughen the on-site inspection of "high-risk" facilities, such as clubs and karaoke rooms, a source and a bridge of a chain of recent infections, in cooperation with local authorities.

"As shown in sporadic cluster infections, we are always exposed to the danger of infections, which would continue until the development of vaccine," Moon said.

An additional round of in-person classes are scheduled to resume Wednesday for around 2.37 million students, including first and second graders at elementary schools.

On the government's unprecedented cash handouts to all households in the country over the economic impact from the virus, Moon said the move is already bearing fruit.

"Disaster relief money has led to consumption, slowing a decline in the sales of tiny businesses," he said, adding credit card sales have rebounded to the level of last year.

"The effect of boosting consumption is being realized," the president said.

He also expressed his gratitude to those who donated their family share of the payments of up to 1 million won (US$810).

"After all, (the problem) is (to protect) jobs. It's difficult to handle an emergency situation like now only with the government's finances. Your donation would be of big help to protect jobs and those who lost their jobs."

Official data have yet to be compiled on the proportion of donations to total payments, which are still being made.