SEOUL, May 26 (Yonhap) -- South Korea's 'no mask, no ride' policy on buses and taxis appeared to go smoothly on its first day of launch Tuesday as a continued outbreak in Seoul and the surrounding area prompted people to wear face masks.

Starting Tuesday, bus and taxi drivers are mandated to wear masks as part of the government's tightened quarantine measures against the new coronavirus. They are also allowed to refuse rides for passengers not wearing masks.

While there is no local law that provides the legal grounds to regulate passengers without masks, the government has temporarily eased a clause that bans drivers from refusing passengers.

Most passengers appeared to be following the new guideline in such major cities as Seoul, Busan and Gwangju on the first day of the policy.

In buses that run in central Seoul and nearby residential areas, all passengers were seen wearing masks -- although the types of masks varied from the government-supplied hygiene masks to colorful cotton masks. 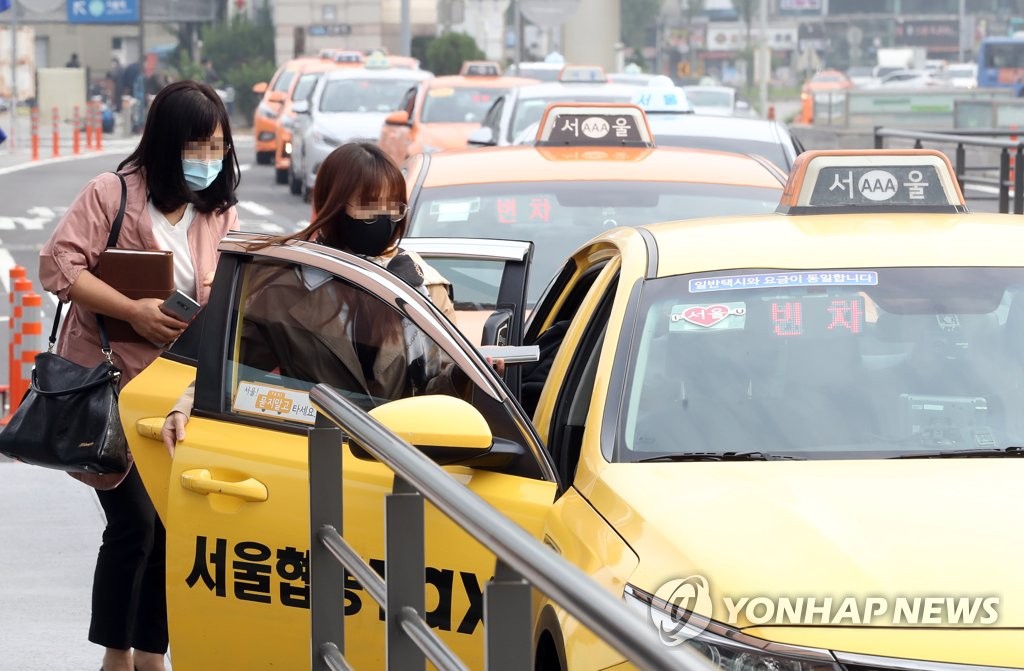 While some passengers at bus stops were seen with their masks lowered for easier breathing, they all put on their masks properly ahead of boarding.

"I didn't have to tell a single passenger to put on their masks," said a driver of a neighborhood bus. "Most people have already been wearing masks on buses recently."

Situations were also similar in taxis.

People who were getting in and out of cabs were all wearing masks.

"I've been making sure to wear a face mask when I'm in a cab since I don't want to worry the driver," said a 34-year-old office worker surnamed Jung who commutes by taxi every day.

"At the same time, all the taxi drivers I've met in the past two to three months were all wearing face masks," Jung said. 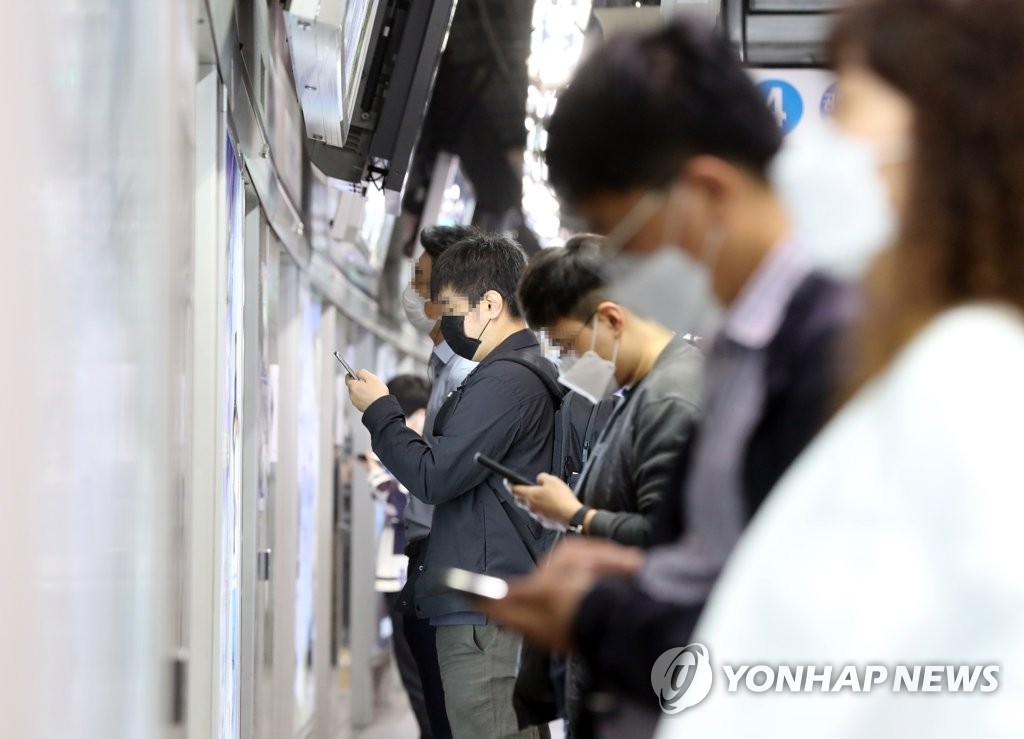 The tightened measure has also gone into effect on subways.

Earlier this month, the city government announced it would be mandating masks during peak hours when the proportion of passengers to train capacity exceeds 150 percent.

The city government expanded the measure to all operating hours starting Tuesday, running announcements reminding passengers to put on masks.

Masks are also available for sale at vending machines, sales outlets and convenience stores in some subway stations.

The measures come amid a rise in transmission linked to nightspots in the central Seoul neighborhood of Itaewon.

More than 200 cases have been reported in relation to the cluster, with patients including a taxi driver in Incheon, west of Seoul.

As of Sunday, nine bus drivers and 12 taxi drivers across the country had been infected with the coronavirus. 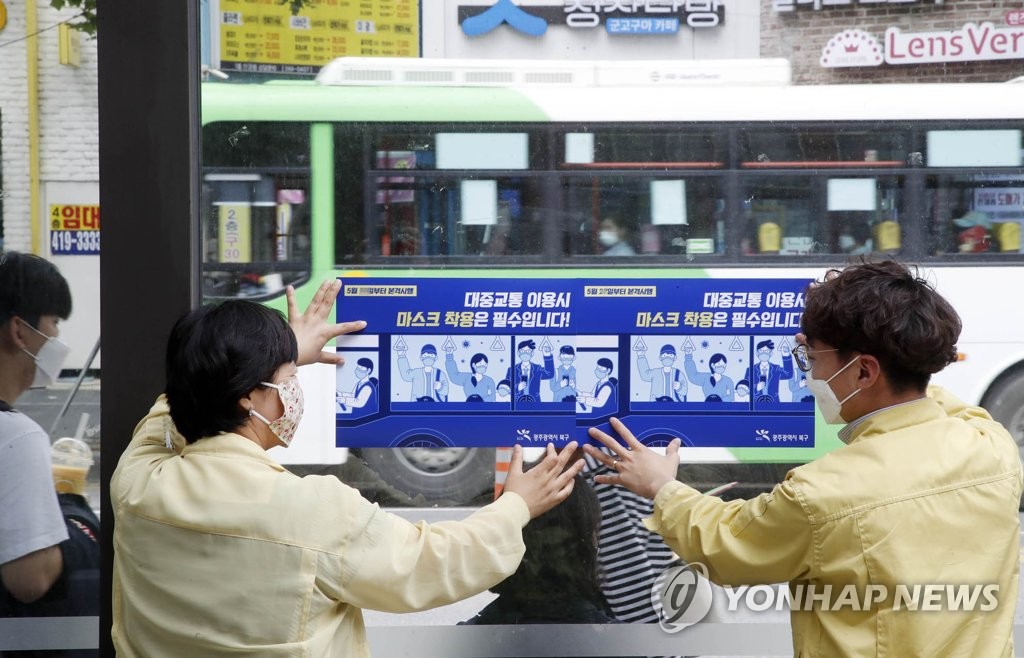