SEOUL, May 26 (Yonhap) -- A male resident of Uijeongbu, just north of Seoul, was sentenced to four months in prison for breaching the mandatory self-isolation rule aimed at containing the new coronavirus Tuesday, in the nation's first such court ruling and conviction following the COVID-19 outbreak.

The Uijeongbu District Court said it found the man, identified only as 27-year-old Kim, guilty of violating the authorities' self-isolation order by leaving his designated residence without permission in April. 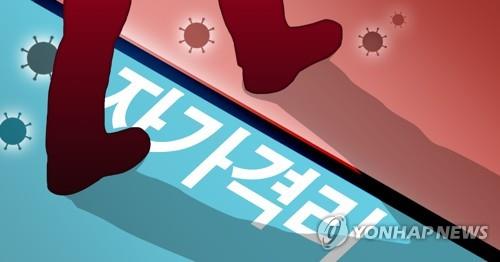 Kim's prison sentence was the local court's first ruling on the violation of the toughened coronavirus-related self-isolation rule.

In early April, Kim was ordered to self-isolate at home for two weeks after being discharged from Uijeongbu St. Mary's Hospital, where a cluster of COVID-19 infections had occurred among patients and their families.

But he was caught leaving his home in Ujeongbu on April 14, just two days before the end of his self-isolation. Kim was then sent to a temporary shelter in Yangju, also north of Seoul, but he was again caught leaving the facility without permission on April 16 before being arrested and indicted for violating the Infectious Diseases Control and Prevention Act.

Under the current law, those who breach self-isolation rules could face up to one year in prison or a fine of up to 10 million won (US$8,127).

In the previous hearing, prosecutors demanded imprisonment of one year for Kim.

"The nature of the accused's crime is grave and the crime period is long. He also visited a dangerous facility used by the public and drank alcohol after leaving his self-isolation place," the court said in explaining its decision to hand out a prison sentence to him.

Kim's mother told reporters that her son will appeal to a higher court because the sentence is too heavy.

Separately, a 68-year-old man residing in Seoul's Songpa Ward was also arrested and indicted for violating the self-isolation rule last month, and the court's ruling on the case is due on June 16.