SEOUL, May 26 (Yonhap) -- In a bid to atone for his checkered past, former major leaguer Kang Jung-ho has promised to donate his salary to charities should he sign with a South Korean ball club.

A source close to Kang told Yonhap News Agency on Tuesday that Kang, a former Pittsburgh Pirates infielder, made that pledge in a letter he submitted to the Korea Baseball Organization (KBO) the previous day.

With his big league career essentially over following his third drunk driving accident in December 2016, Kang, 33, is eyeing a return to the KBO, where he began his professional career in 2006. And on Monday, the KBO issued a one-year suspension and 300 hours of community service for Kang, who was also caught driving under the influence of alcohol in 2009 and 2011. 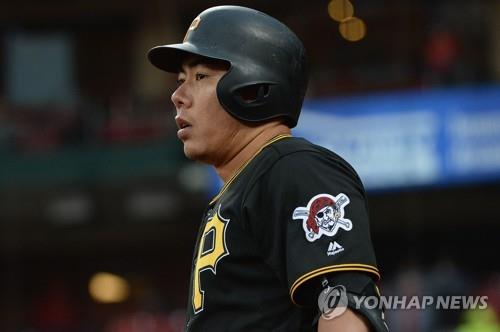 Kang wasn't a free agent when he left the Nexen (currently Kiwoom) Heroes to sign with the Pirates in 2015, and the Heroes, as per administrative procedure, placed Kang on the "voluntarily retired" list. The Heroes still have rights to Kang, and they must agree to activate Kang off that list in order for him to come back. If Kang wants to play elsewhere in the KBO, he'll need the Heroes' permission.

Kang's one-year suspension will begin once he signs a deal. He's currently in the United States.

Soon after the KBO's decision was announced, Kang issued an apology and said he'll continue to give back to the community the best he can.

As for the pledge to donate his salary, the source said, "Since Kang put that into the letter himself and promised the KBO he'll do that, I think he'll live up to his words."

The KBO has been taking a beating for the lighter-than-expected punishment on Kang, who wasted his prime years with the Pirates following that third DUI arrest.

The KBO rule guiding player behavior states that those with at least three DUI cases are subject to a ban of at least three years. Disgruntled fans took umbrage at Kang's audacity to even try to return to the KBO, saying no one with his history of off-field issues should be allowed to play here.

Instead, the KBO gave Kang what many feel is a slap on the wrist and chose not to apply the rule to Kang's 2016 case, which happened while Kang wasn't a member of the KBO.

The ball is now in the Heroes' hands. As of Tuesday, Kang hasn't contacted the Heroes about his future, an official with the club said. 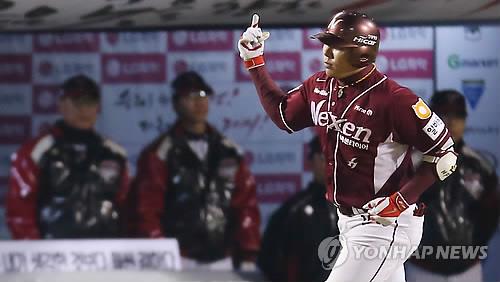