SEOUL, May 26 (Yonhap) -- South Korea's capital saw double-digit growth in new coronavirus cases Tuesday, with most of them linked to a swelling infection cluster traced to nightspots.

Cases in the capital totaled 792 as of 10 a.m., up 16 cases from 776 tallied at 10 a.m. the previous day, according to data from the Seoul metropolitan government.

Of the 16 new cases reported Tuesday, 15 were related to the infection cluster originating from the nightlife district of Itaewon.

Authorities have been on alert over local transmission after a 29-year-old tested positive following visits to nightspots in the central Seoul neighborhood in early May.

The case has grown into a infection cluster of 255 as of Tuesday noon, with recent infections involving acquaintances and families of Itaewon clubbers.

More than half of the cases are concentrated in the so-called capital area, including 127 in Seoul, 59 in the surrounding Gyeonggi Province and 45 in Incheon, west of Seoul. 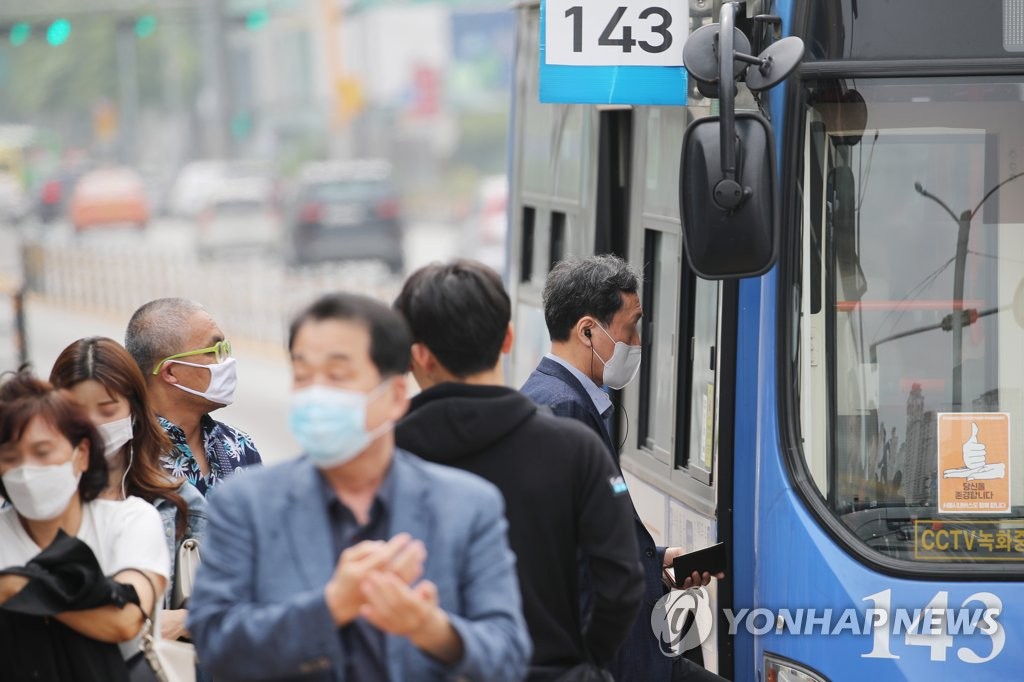 Most recently, a transmission chain involving seven stages of infections has also been reported, further raising concerns over additional outbreaks in local communities.

Kwon Joon-wook, deputy-general of the Korea Centers for Disease Control and Prevention (KCDC), explained that the cases -- which spread through several restaurants, a karaoke facility and a cram school -- were linked to a 25-year-old private institute instructor who had visited Itaewon in early May.

The patient, based in Incheon, had lied about visiting Itaewon in an epidemiological probe, spurring criticism that he had hindered efforts to track and contain infections.

"It has been confirmed that one patient can trigger many transmissions," Kwon said in a press briefing, urging people to get tested if they have symptoms and to honestly report their movements.

The KCDC official voiced concern over continued transmission among the younger generation, hinting that "a stronger social distancing campaign" may be necessary if the speed of transmissions is seen going out of control.

South Korea eased its social distancing campaign earlier this month and shifted to "everyday quarantine" as the country flattened its infection curve, which peaked in late February.

The Itaewon cluster which emerged just after the move, however, has rekindled worries over another wave of outbreak in the capital area.