SEOUL, May 26 (Yonhap) -- With more international eyeballs on the league than ever before, umpires in the Korea Baseball Organization (KBO) are operating under the microscope to an unprecedented degree.

And the situation has put a previously little-known, umpire promotion-relegation system in the spotlight.

The KBO introduced that promotion-relegation system in July last year, and it was to take effect with the 2020 season. 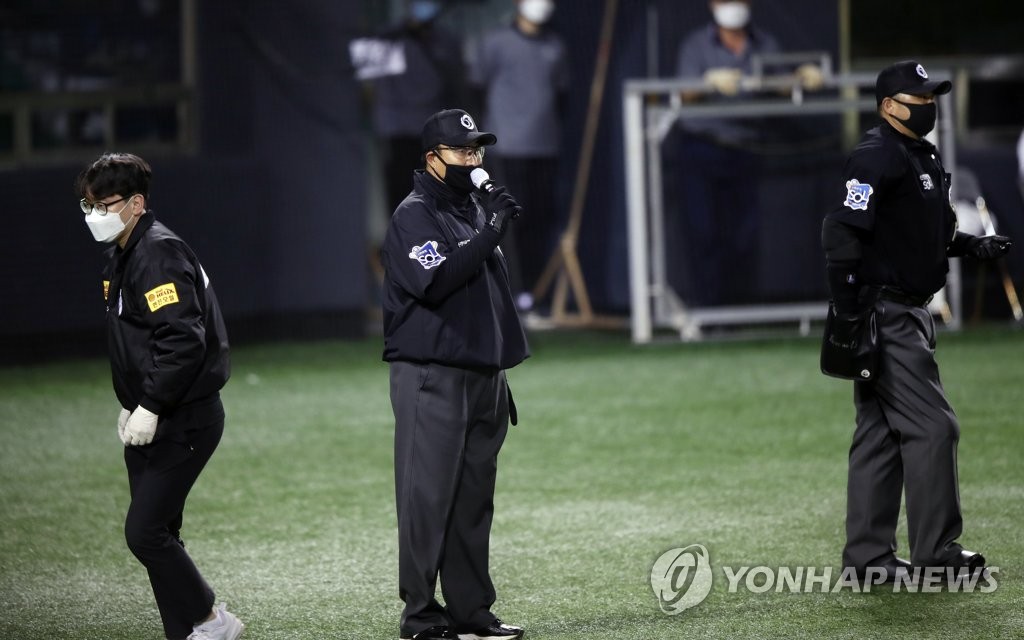 The league will evaluate umpires' performances at the end of each season, based on consistency with their strike zone and on how often their calls are overturned after video reviews. And the official who comes in last place will be demoted to the Futures League, the KBO's minor league, for the following season. Also, those who finish in the bottom five for two straight seasons will also be sent to the Futures League. Their spots will be filled by those earning promotions from the Futures League.

The KBO may also cut umpires' salary over poor performances. Only those inside the top 20 in the league's evaluation at the end of the regular season will be able to work in the postseason.

KBO games are being broadcast live in 130 countries this season, via ESPN in the United States and its international affiliates elsewhere. When an entire crew of five umpires -- four plus an alternate -- got sent down to the Futures League on May 9 after a veteran player called for more consistency in a televised interview, that situation was discussed on ESPN.

That crew spent 10 days in the minors, and one member of that unit, Lee Ki-joong, found himself in another controversy Sunday. Working the third base in a game between the KT Wiz and the LG Twins, Lee called Twins' runner Jeong Keun-woo out for leaving the bag before a catch was made in the outfield in a sacrifice situation. TV replays showed Jeong had timed his start perfectly, but tag-up plays aren't reviewable in the KBO.

In an ideal world, every call would be correct. But KBO officials understand umpires are human, and they're bound to make mistakes. They believe using objective data to evaluate performances, rather than threatening to punish umpires after every missed call, will keep umps on their toes. 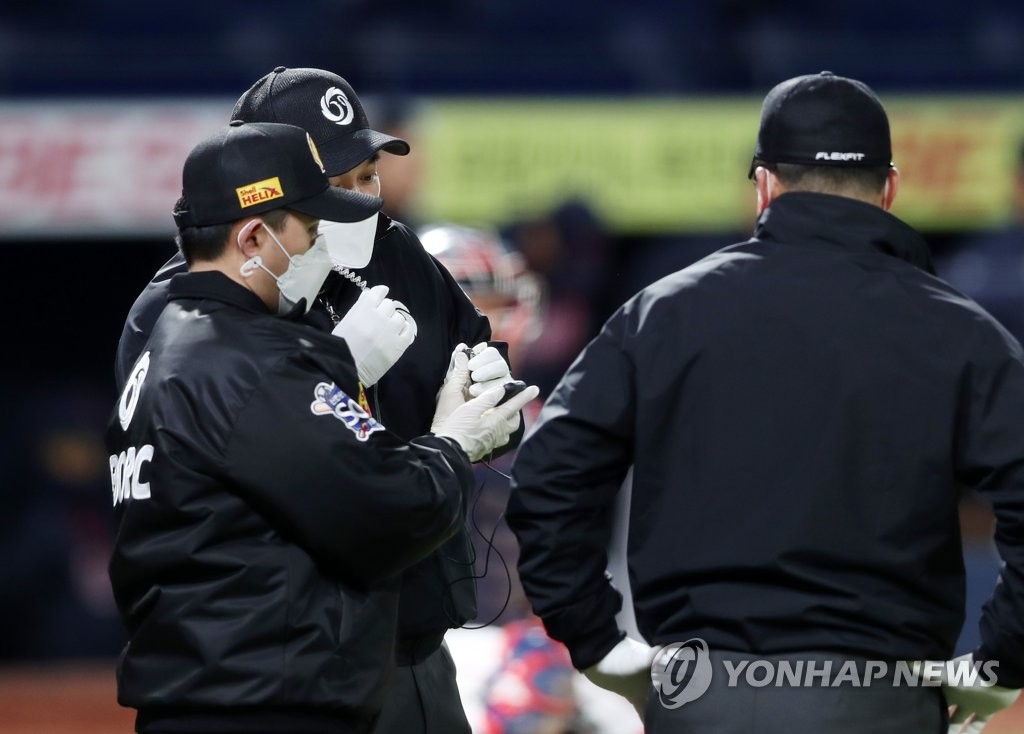 "Obviously, no one wants to see bad calls, but we won't be penalizing umpires for every mistake," one KBO official said. "That would put too much pressure on umpires. And we have to remember that they're human too. We just want to minimize blatant errors."

Another league official said the goal of the promotion-relegation is to ensure more professionalism among KBO umps while also giving Futures League officials a chance to reach the big stage.

"There are umpires who've called over 1,000 games over a decade in the minors," the official added. "They've paid their dues and proven their ability, but they're just blocked in their path by KBO umpires. This system will foster some competition, and promoted umpires will provide a breath of fresh air."

Umpires are employed by the KBO. They don't have a union, but they can have their collective voice heard through the league's umpires committee, headed by 34-year-old veteran Heo Un, whose responsibilities include serving as a liaison between umpires and league officials.

With umpires under microscope, KBO's new promotion-relegation system in spotlight

With umpires under microscope, KBO's new promotion-relegation system in spotlight