SEOUL, May 26 (Yonhap) -- A total of 97 North Korean doctors are working in Mozambique, the African nation said in a report to the U.N. Security Council, despite U.N. sanctions aimed at cutting off Pyongyang's revenue from labor exports.

"There are currently 97 doctors of various specialties, mainly active in the provision of primary health-care assistance," Mozambique said in the sanctions implementation report submitted to the Security Council's Sanctions Committee on North Korea.

The report, dated April 30, stressed that the presence of North Korean doctors was "owing to their perceived contribution to the improvement of primary health care" under bilateral protocol made between the two countries in the field of health.

Except for medical doctors, no North Koreans have been hired in Mozambique since 2015, the report said.

The report said the Mozambique government has decided to suspend the protocol and terminate contracts expiring in 2020 and 2021, though it did not specify any detailed plans to repatriate the doctors.

Mozambique also said in the report that it repatriated a North Korean doctor named Jong Il Son when he was found to be operating a clandestine clinic at a provincial hospital in 2019 and ordered the clinic's immediate shutdown. 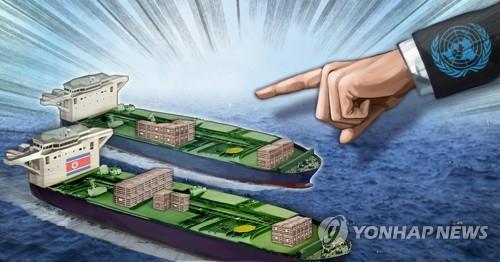