SEOUL, May 26 (Yonhap) -- Baekhyun, a member of K-pop boy band EXO, climbed to the top spot on more than 60 Apple iTunes charts with his latest solo record, according to the singer's agency Tuesday.

The seven-track EP "Delight" climbed to No. 1 on the Top Album charts run by Apple in 68 countries and regions upon release, SM Entertainment said. The record was released Monday.

The lead track, "Candy," also reached the top spot on real-time streaming charts in South Korea, including Melon and Genie Music, as of Tuesday morning.

The 27-year-old singer's second solo EP was released amid the current hiatus of nine-piece act EXO due to some of its members' military enlistment.

The group's leader, Suho, began his mandatory military service on May 14, with D.O. and Xiumin currently serving their two-year duty. 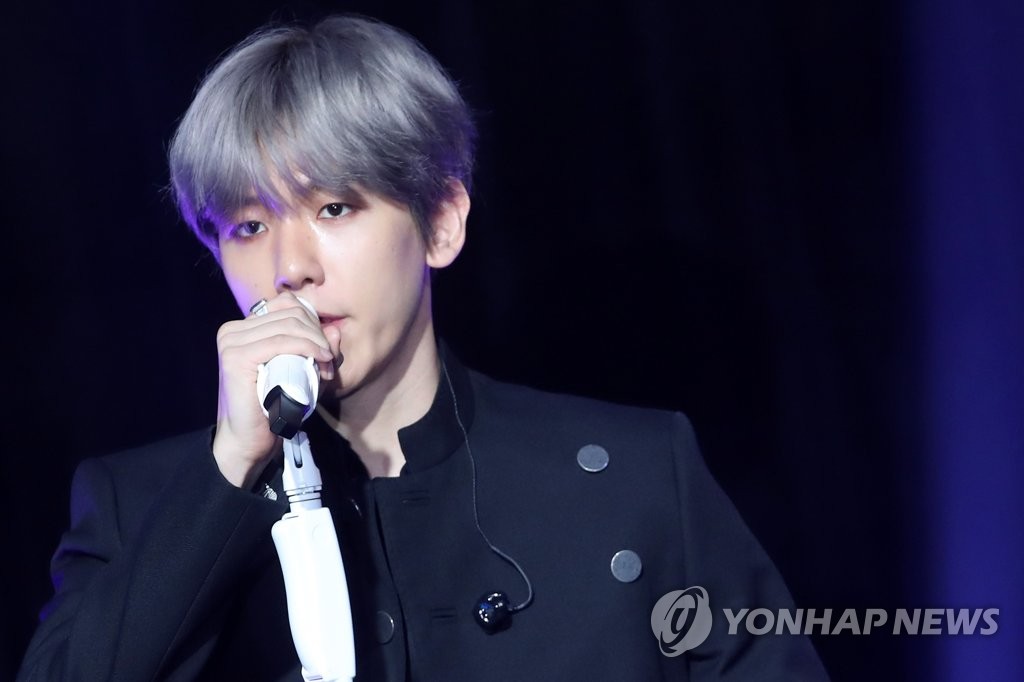